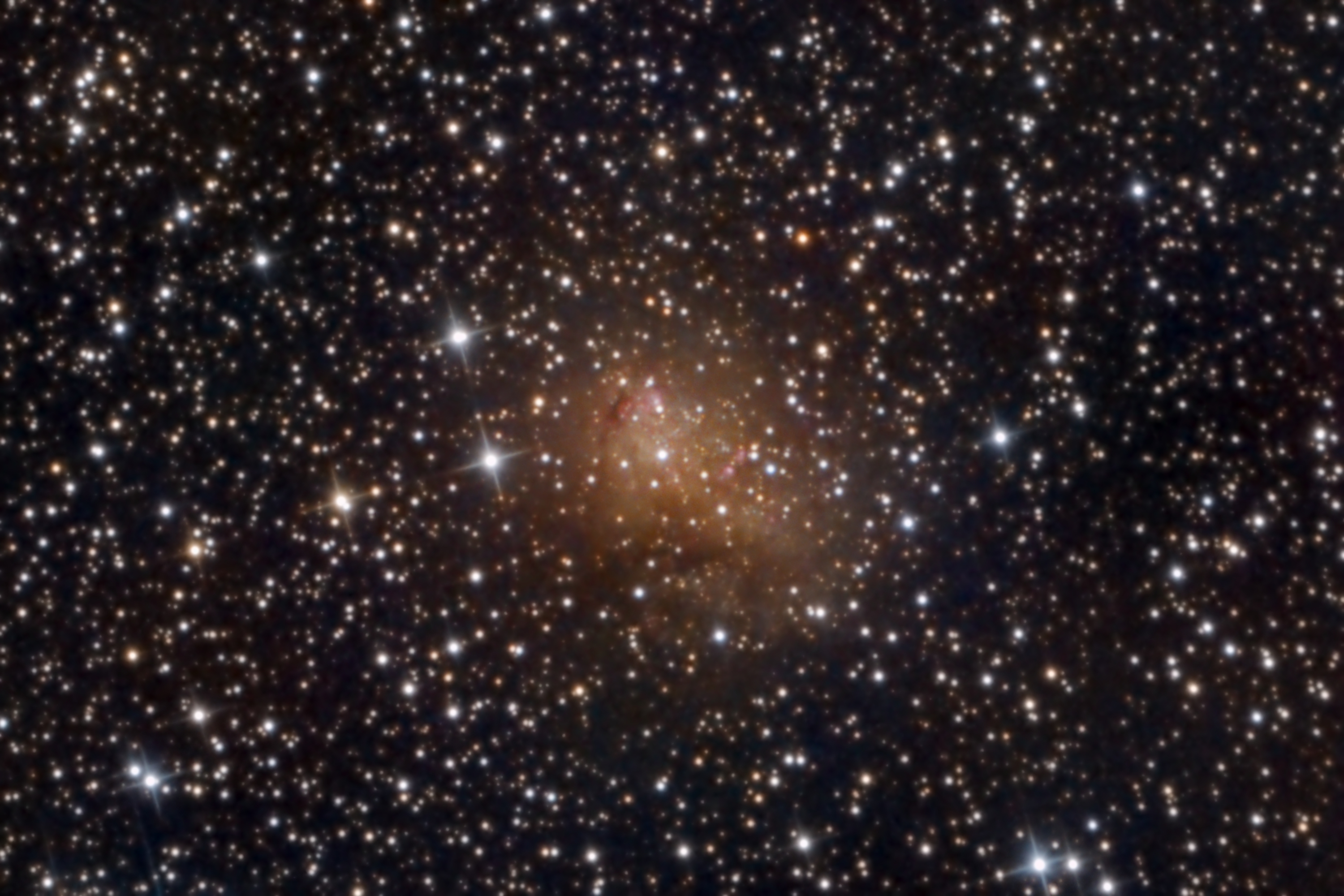 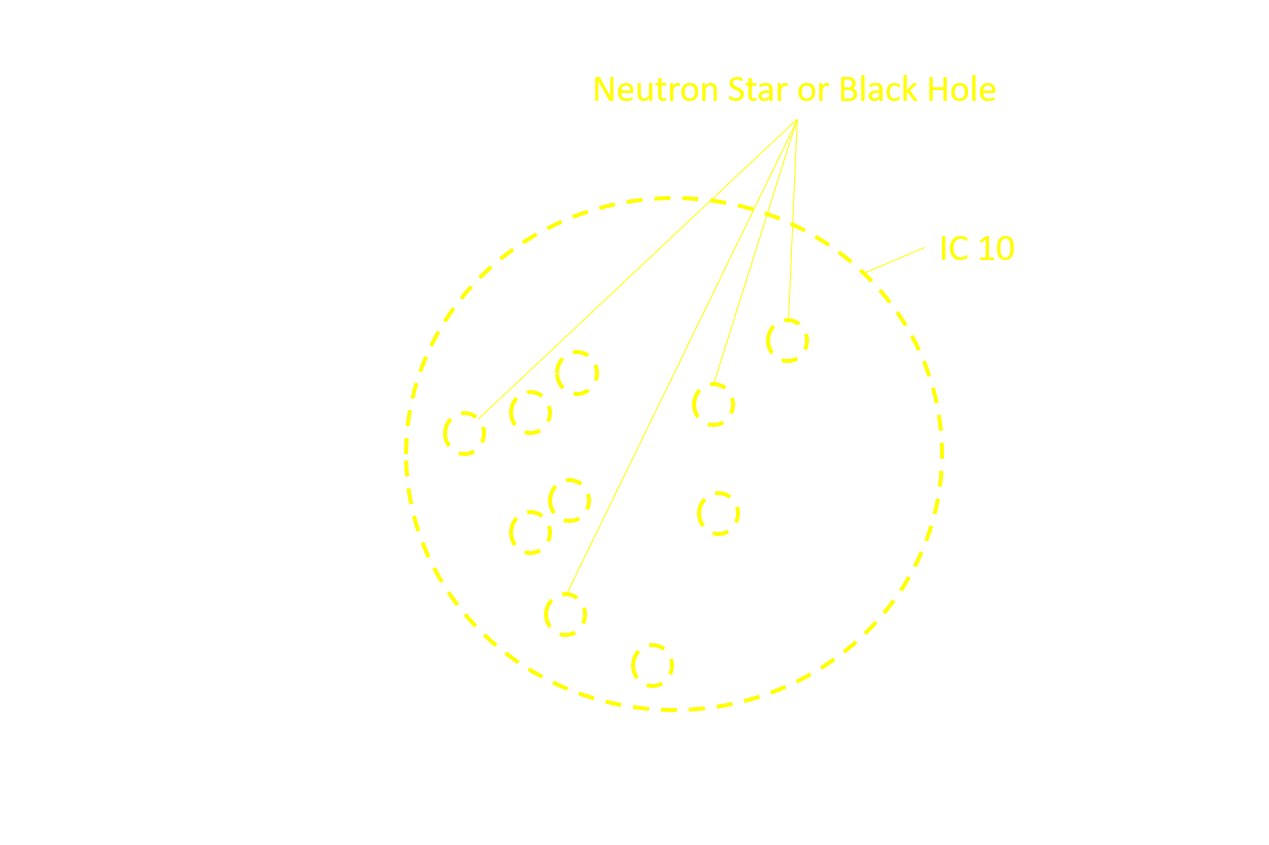 IC 10 is an irregular dwarf galaxy located some 2.2 million light-years away in the northern constellation of Cassiopeia. IC 10 is an outlying member of the Local Group of galaxies and belongs to the M31 subgroup and is the only known starburst galaxy in the Local Group of galaxies. Compared to other Local Group galaxies, IC 10 has a large population of newly formed stars that are massive and very bright. Astronomers have found the most massive known stellar black hole within IC 10. With a mass of 24-33 times the Sun, the black hole smashes all known records for stellar black holes. These black holes form during the death of a star. Usually, it is expected that a dying star will throw off much of its mass before a black hole forms. How this hole managed to retain so much mass is something of a mystery.