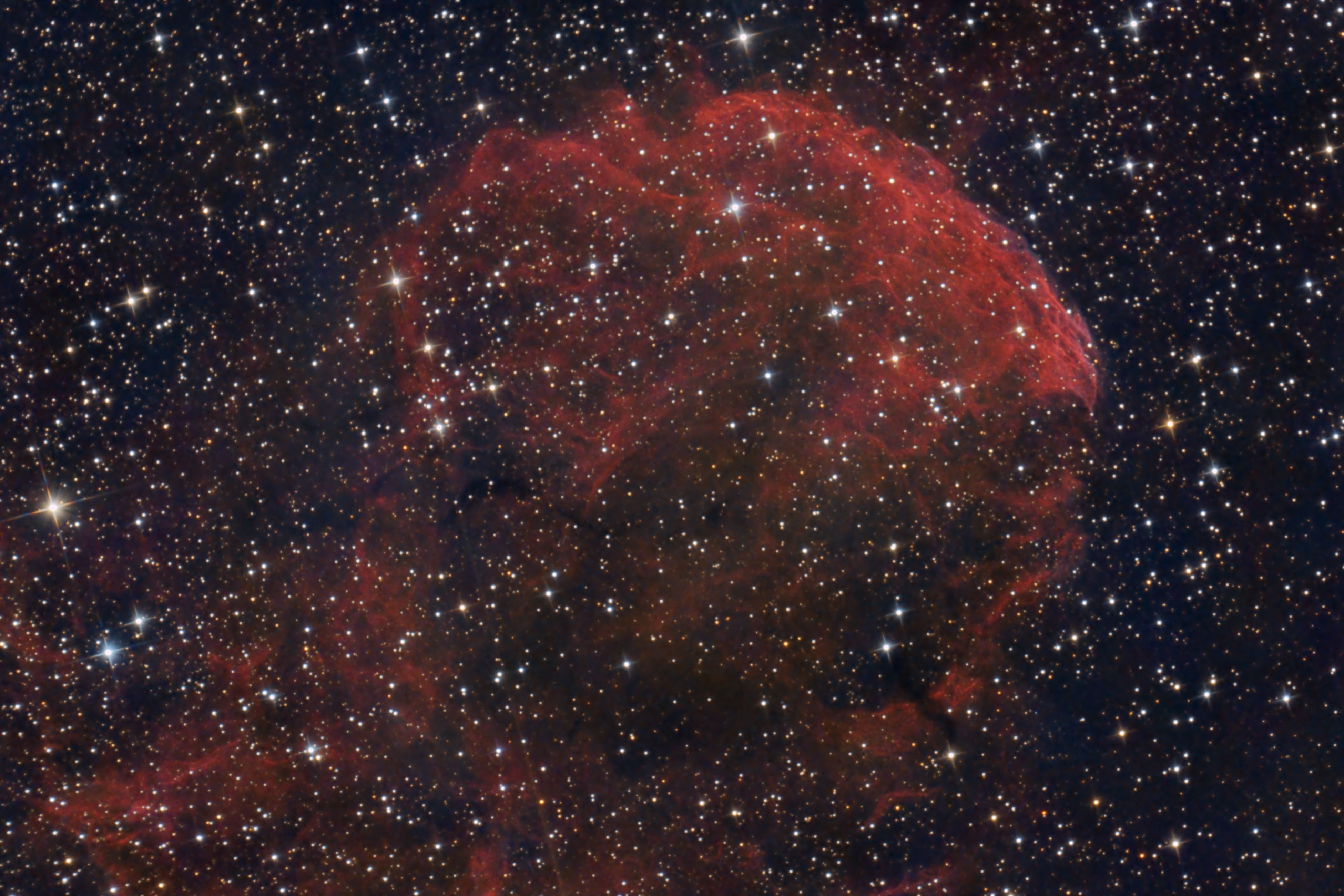 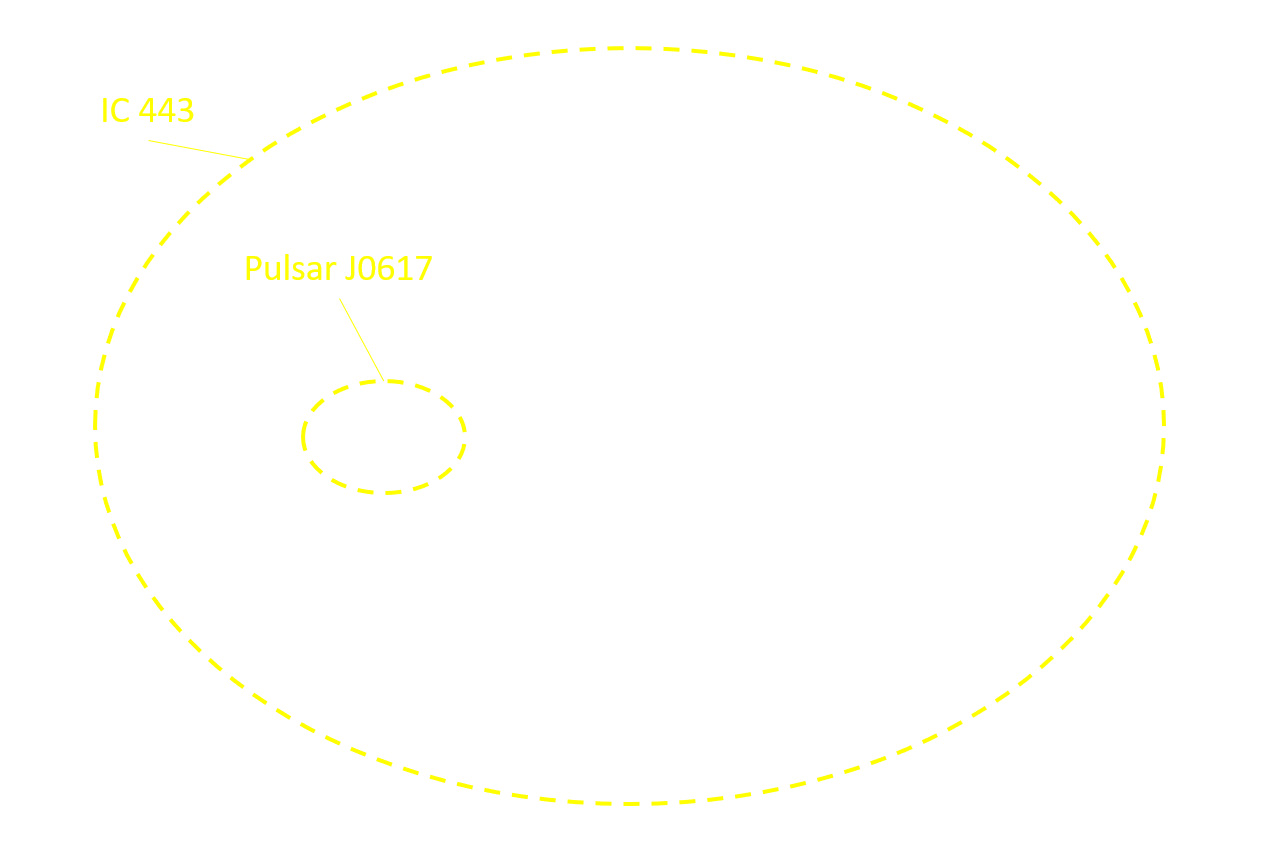 The Jellyfish Nebula, also known by its official name IC 443, is the remnant of a supernova lying 5,000 light years from Earth. The supernova explosion which produced the nebula has occurred about 10,000 to 30,000 years ago. The nebula is about 10 light vears in diameter and is located in the constellation of Gemini.

New observations show that the explosion that created the Jellyfish Nebula may also have formed a peculiar object located on the southern edge of the remnant (J0617). The object is likely a rapidly spinning neutron star, or pulsar.

When a massive star runs out of thermonuclear fuel, it implodes, forming a dense stellar core called a neutron star. The outer layers of the star collapse toward the neutron star then bounce outward in a supernova explosion. The blast from the supernova sent out shock waves that travelled through space, sweeping up and heating the surrounding gas and dust in the interstellar medium, and creating the supernova remnant seen in this image.

"The Crab Nebula (M1) is a prototype of this class of nebulae."