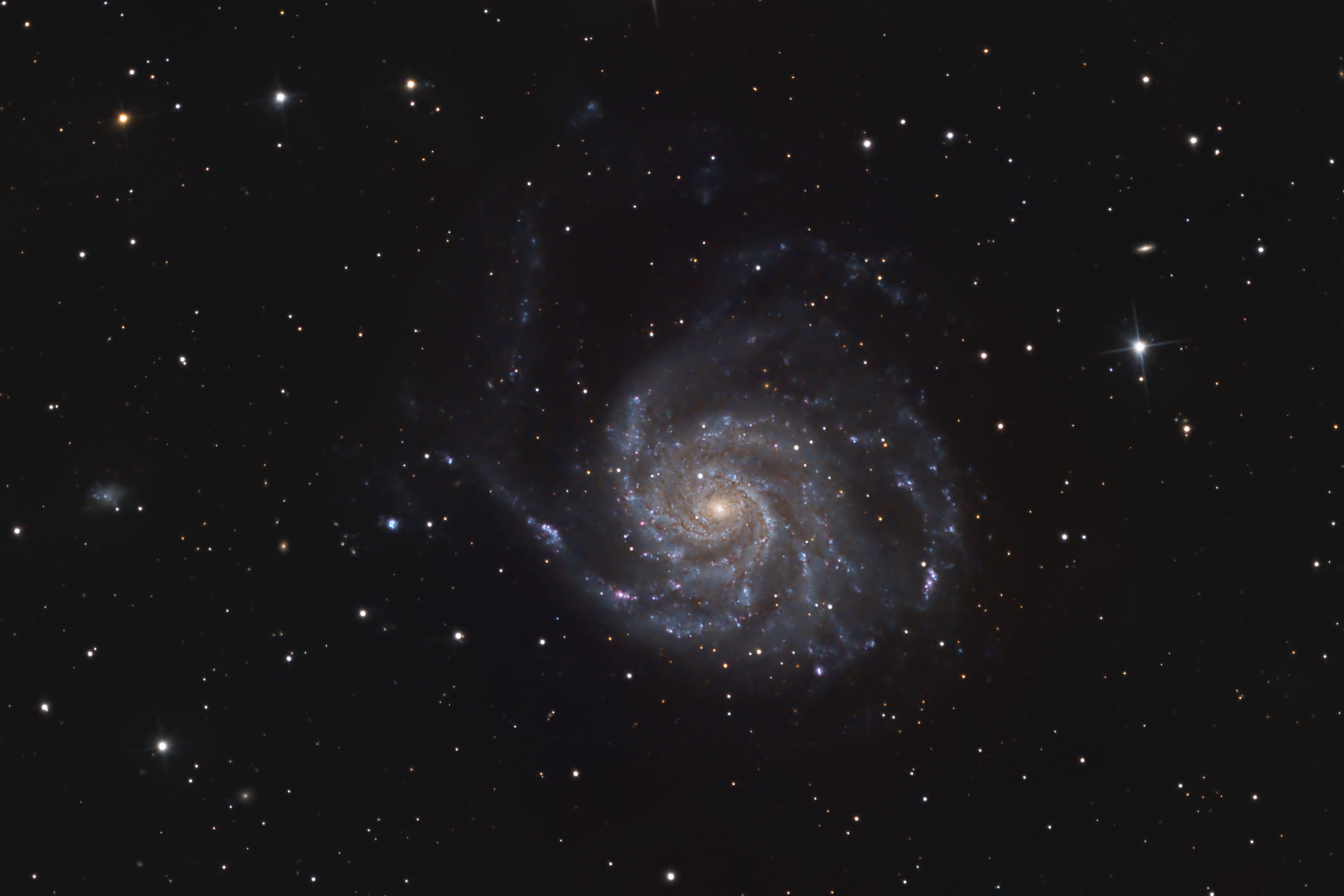 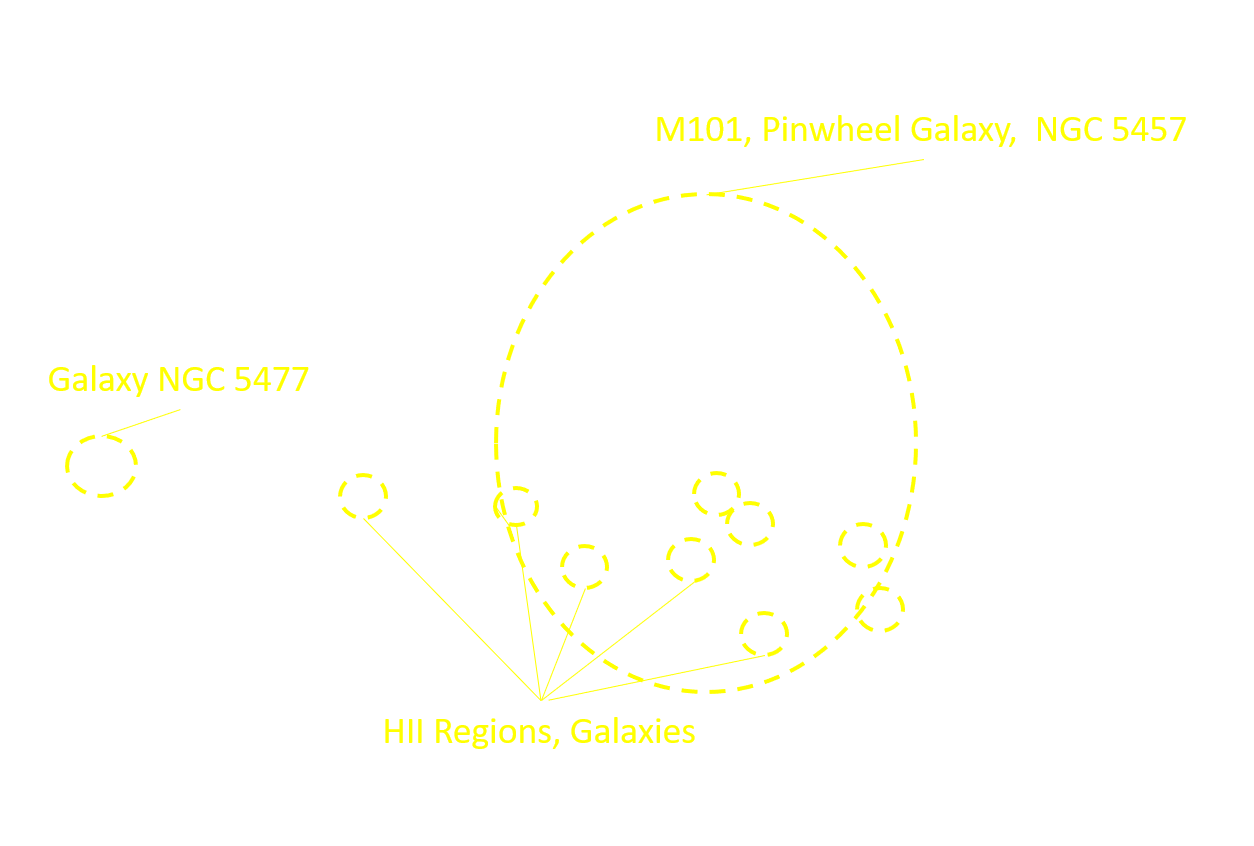 The Pinwheel Galaxy or M101 is a spiral galaxy like our Milky Way, but about 70 percent bigger. It is located about 21 million light years from Earth in the constellation Ursa Major. M101 is noted for its high population of H II regions, many of which are very large and bright. H II regions usually accompany the enormous clouds of high density molecular hydrogen gas contracting under their own gravitational force where stars form. H II regions are ionized by large numbers of extremely bright and hot young stars; those in M101 are capable of creating hot superbubbles. X-rays from Chandra reveal the hottest and most energetic areas due to exploded stars, superheated gas, and material falling toward black holes. Infrared data from Spitzer shows dusty lanes in the galaxy where stars are forming, while optical data traces the light from stars.