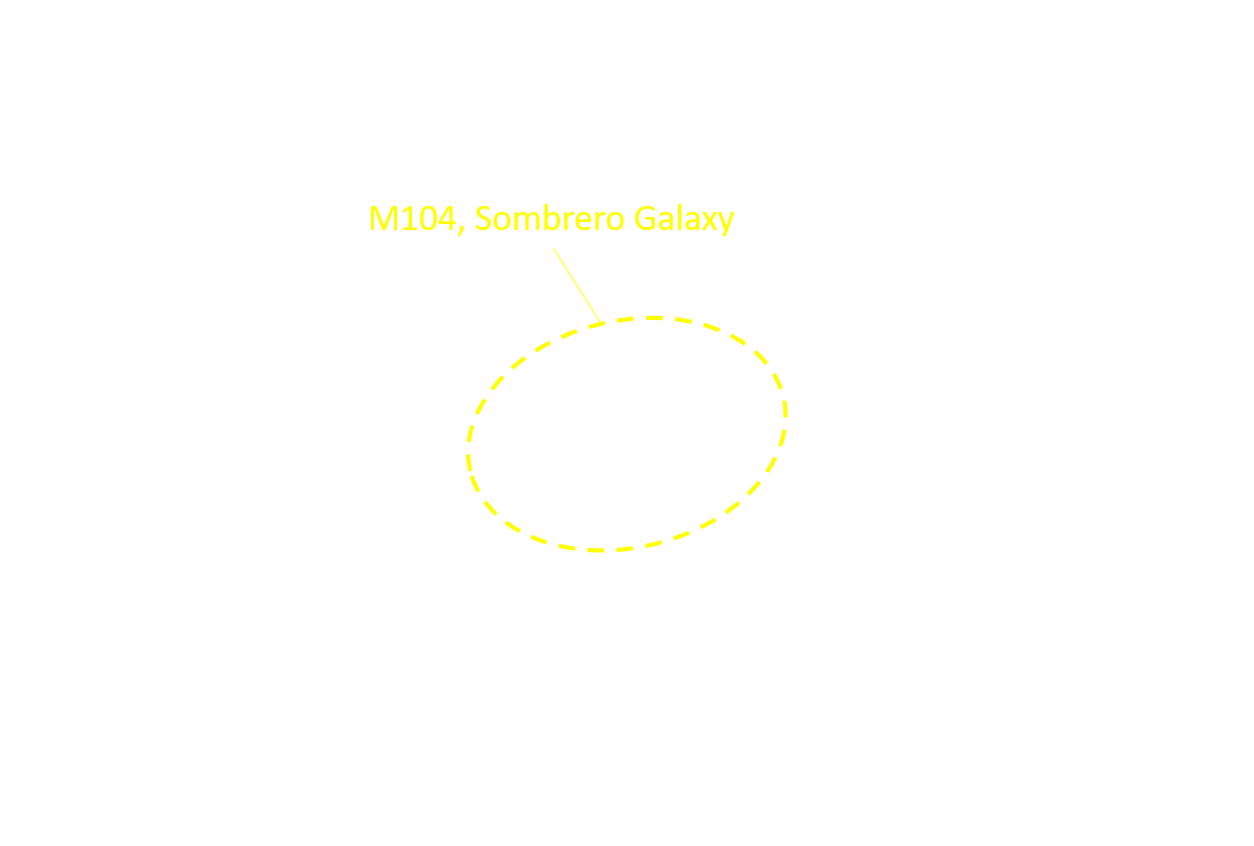 M104, also called the Sombrero galaxy, can be spotted through small telescopes most easily during May. M104 is located 28 million light-years away in the constellation Virgo, and with a mass equal to 800 billion suns, it is one of the most massive objects in the Virgo galaxy cluster.

The M104 is a bright spiral galaxy. The prominent dust lane and halo of stars and globular clusters (a spherical collection of stars) give this galaxy its name. One estimates the number of globular clusters in the range from 1,200 to 2,000 clusters, which is enourmous. The galaxy has in addition an incredibly bright nucleus. Something very energetic must be going on in the Sombrero’s center, as much X-ray light has been detected from it. Many astronomers speculate that a black hole lies at the Sombrero’s center – a black hole a billion times the mass of our Sun.

"Unfortunately the clouds moved in and we had to stop taking pictures after two hours."