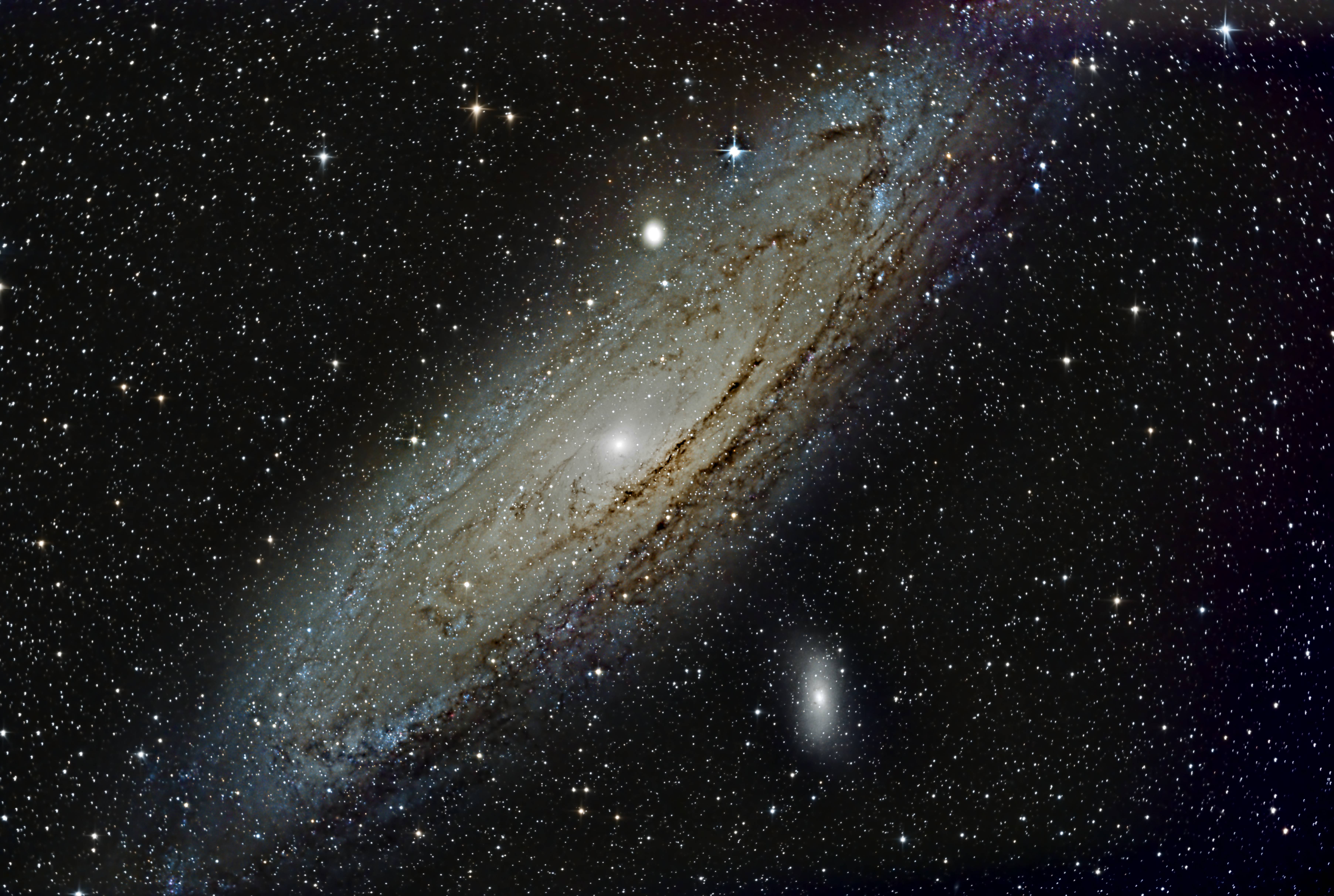 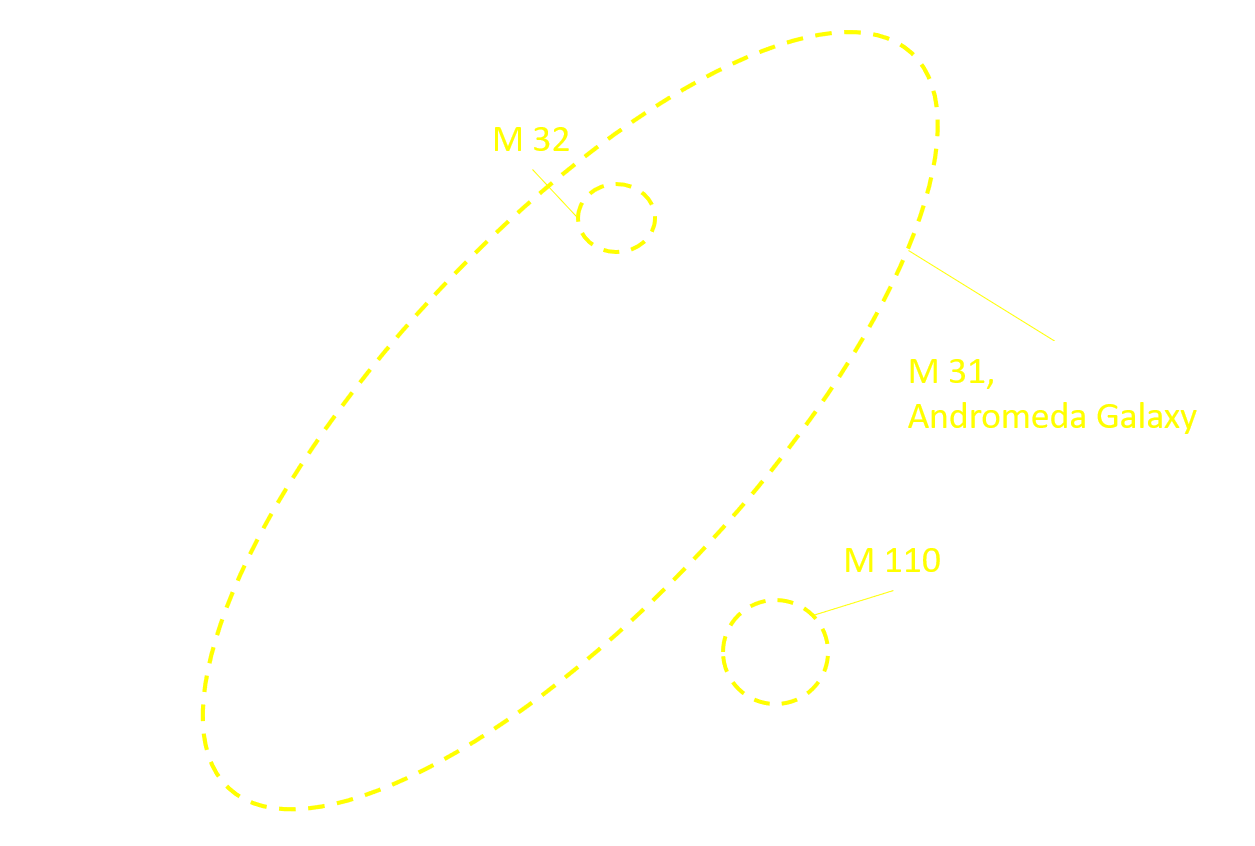 Andromeda is the nearest major galaxy to the Milky Way, 2.5 million light-years from Earth. It received its name from the area of the sky in which it appears, the constellation of Andromeda. Andromeda is approximately 220,000 light years across, and it is the largest galaxy of the Local Group, which also contains the Milky Way, the Triangulum Galaxy, and other smaller galaxies. Despite earlier findings that suggested that the Milky Way contains more dark matter and could be the largest in the grouping, the 2006 observations by the Spitzer Space Telescope revealed that Andromeda contains one trillion stars: at least twice the number of stars in the Milky Way, which is estimated to be 200–400 billion.

"A beautiful mystery that can only be solved tomorrow."