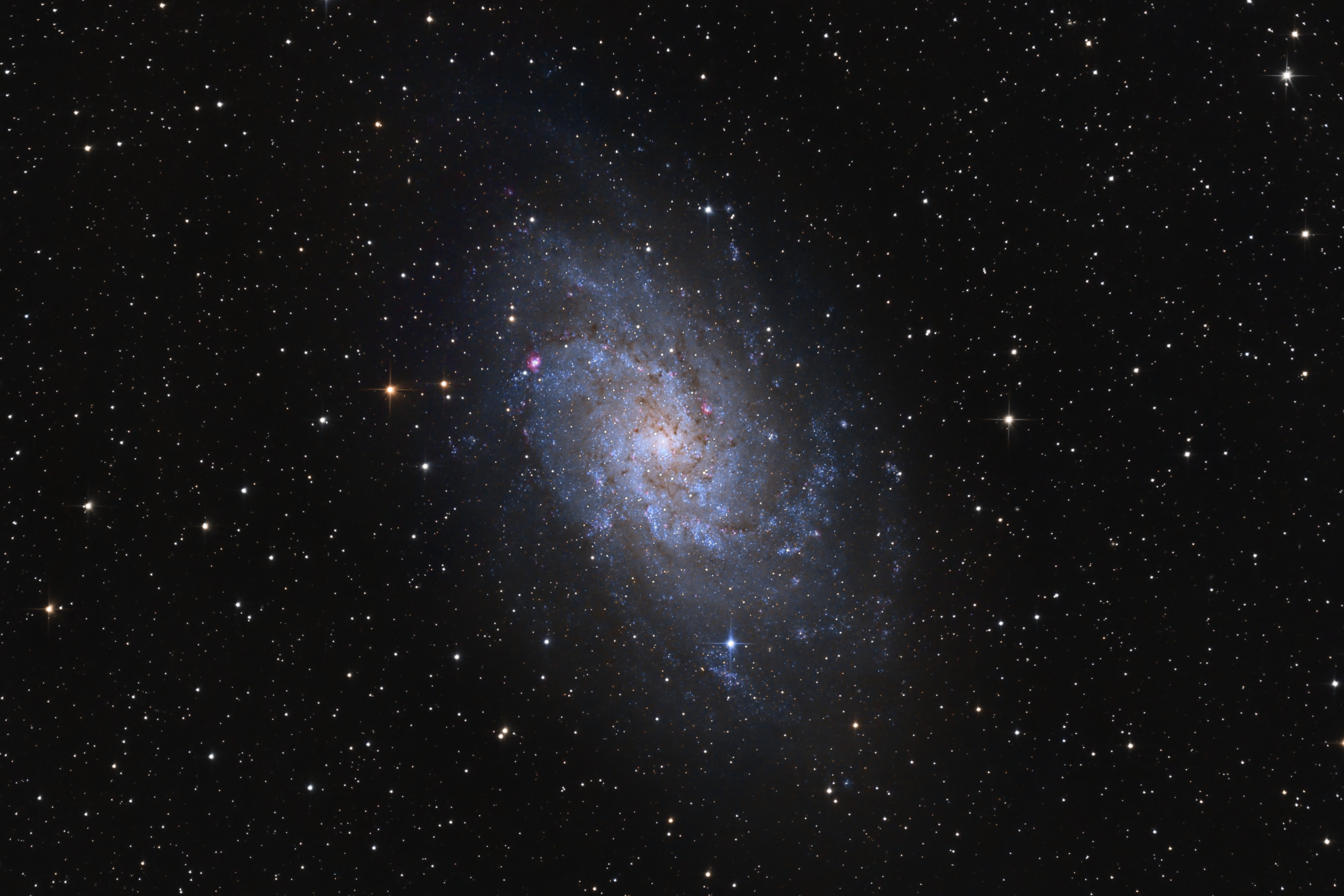 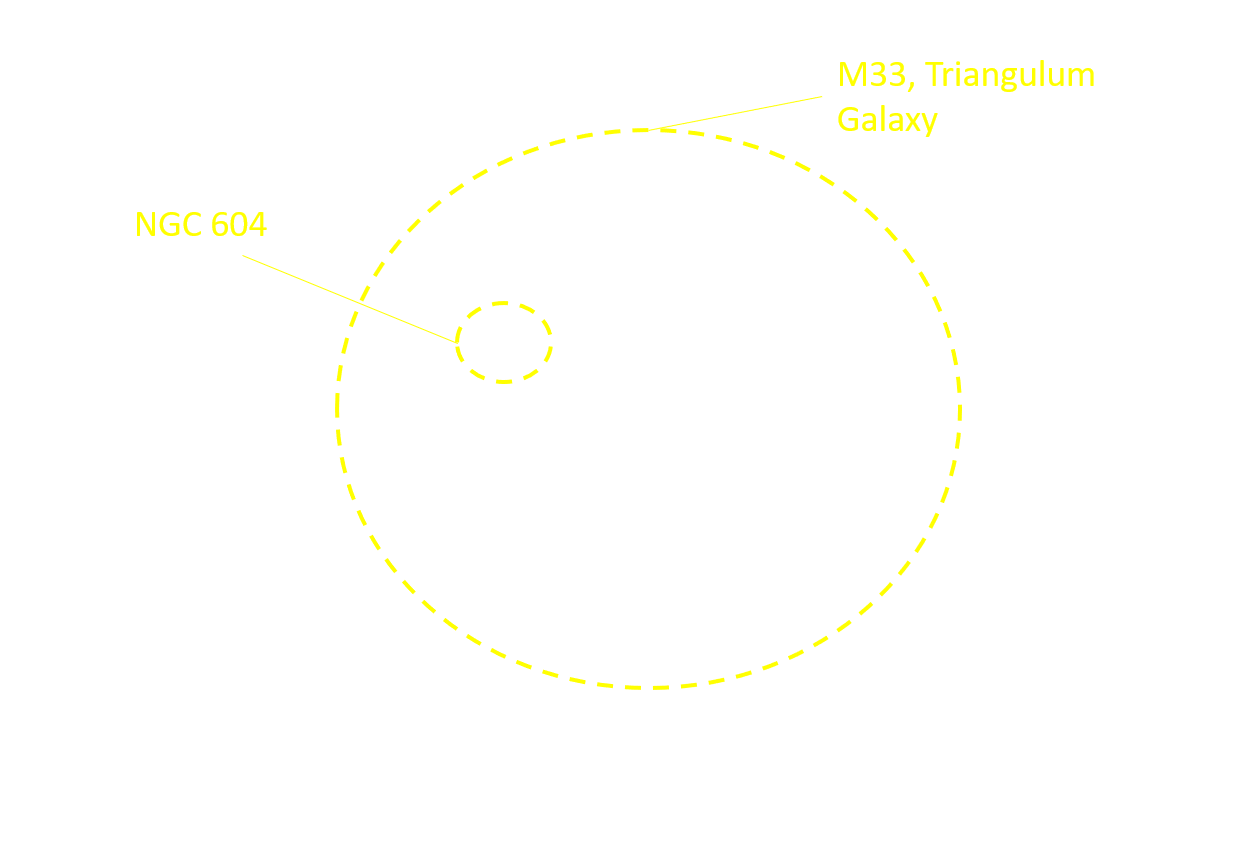 The Triangulum Galaxy (M33, NGC 598) is the third-largest member of the Local Group of galaxies, which includes the Milky Way, the Andromeda Galaxy and about 44 other smaller galaxies. It is approximately 3 million light-years from Earth in the constellation Triangulum. Despite the distance it is one of the most distant permanent objects that can be viewed with the naked eye.

Among Triangulum's most distinctive features is NGC 604, one of the largest known starbirth regions seen in a nearby galaxy. NGC 604 is similar to familiar starbirth regions such as the Orion Nebula, but it is vastly larger in extent and contains many more recently formed stars. This monstrous starbirth region contains more than 200 brilliant blue stars within a cloud of glowing gases some 1,300 light-years across, nearly 100 times the size of the Great Orion Nebula.

"If NGC 604 were at the same distance from Earth as the Orion Nebula, it would be the brightest object in the night sky (besides the moon)"(NASA statement) 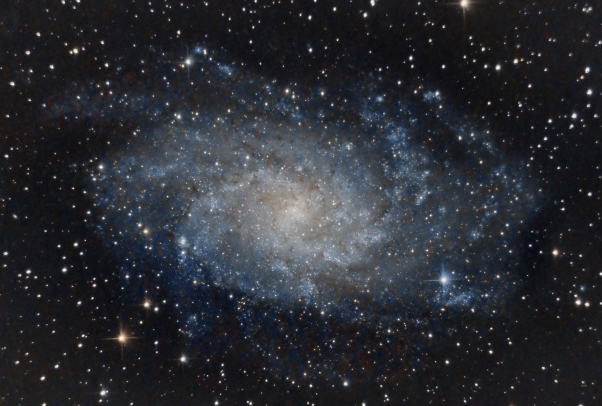