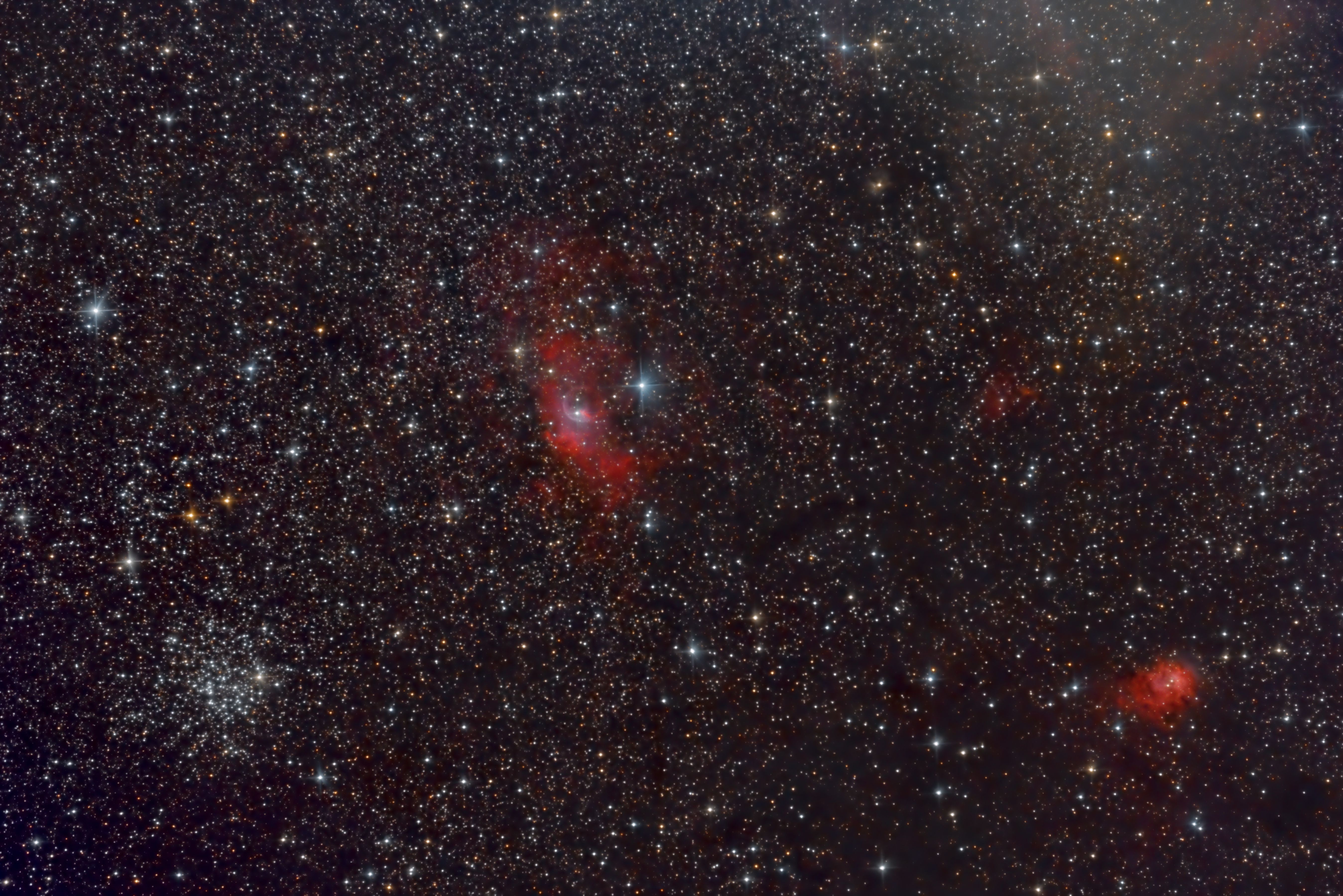 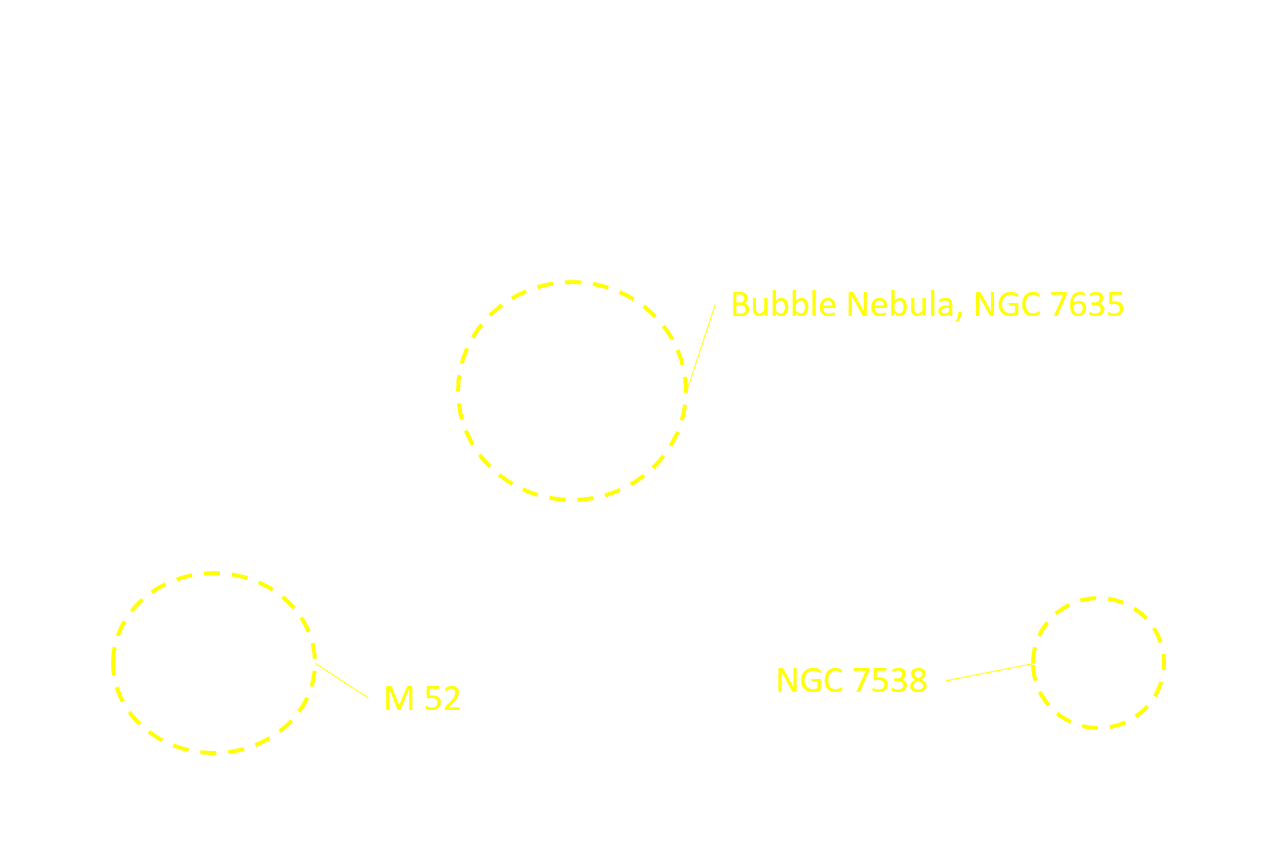 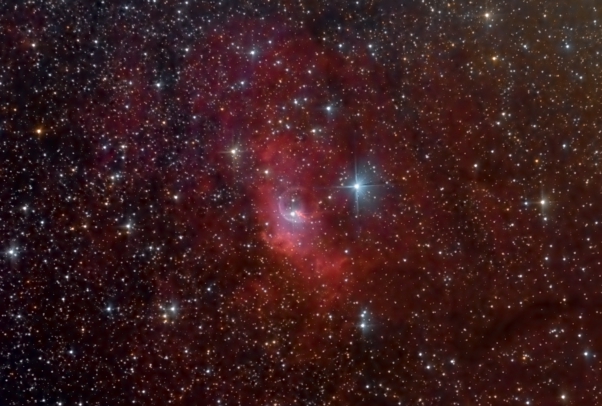 NGC 7635, also called the Bubble Nebula, is an H II region emission nebula in the constellation Cassiopeia. It lies close by the open cluster Messier 52. It was nicknamed the Bubble Nebula because of its shape, which was created by a strong stellar wind from a young, massive, hot star that shed its material to form the nebula.

M52 is one of Charles Messier's original discoveries, who cataloged it on September 7, 1774. He noticed it after a comet he was observing passed close by.

"The perfect shape of the bubble is astonishing. What an extraordinary apparition! "