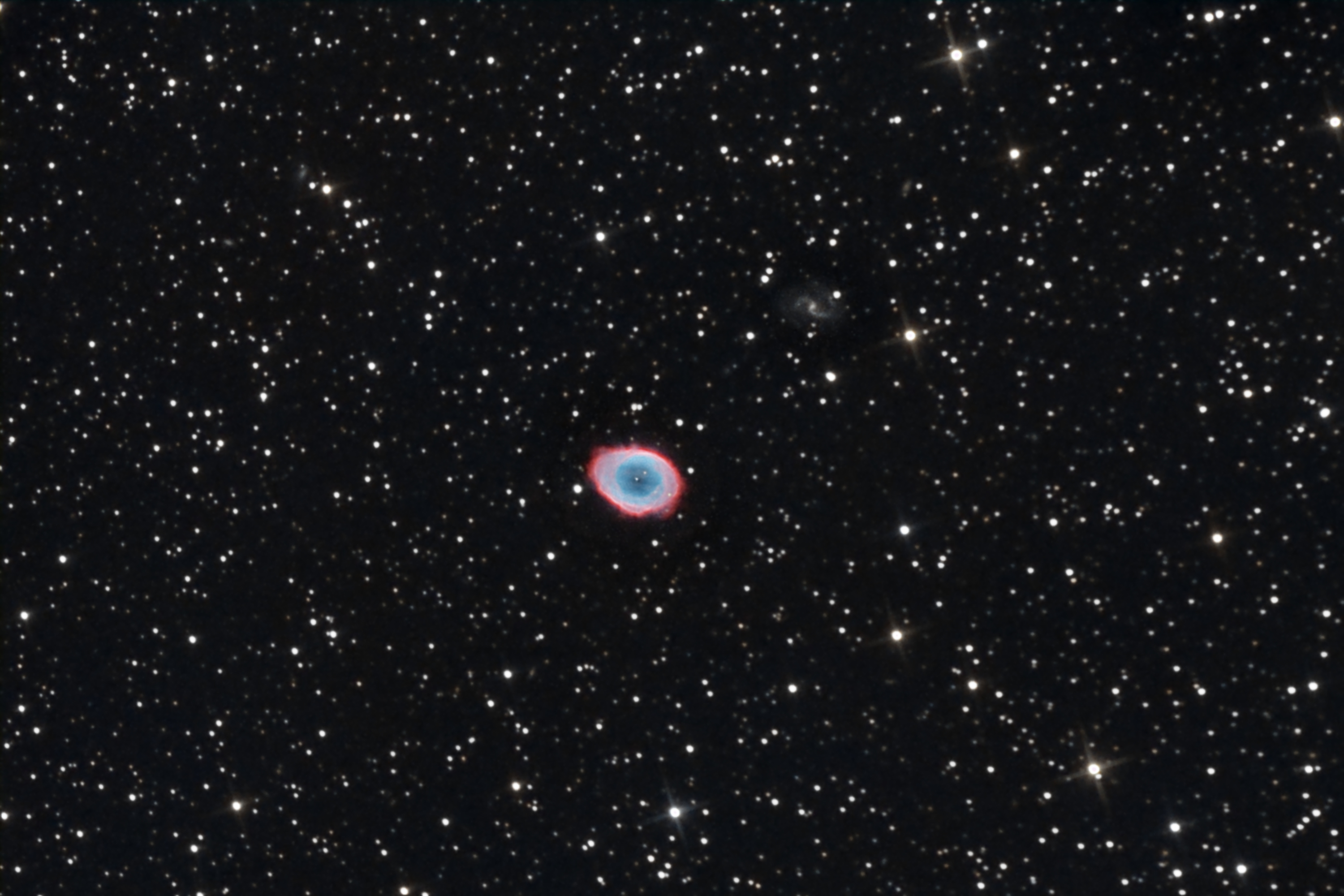 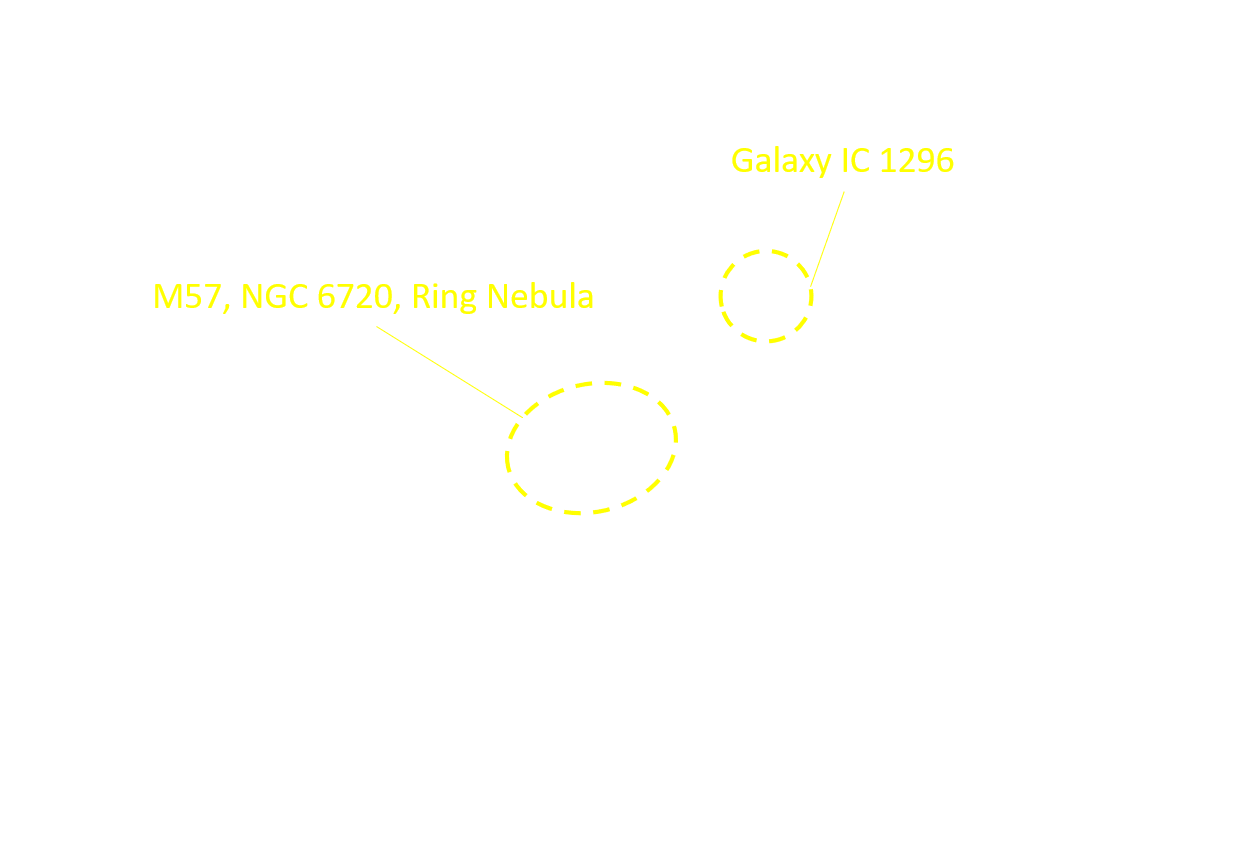 The Ring Nebula, or M57, is a planetary nebula like the Dumbbell Nebula, or M27. The Ring Nebula is the glowing remains of a sun-like star. The tiny white dot in the center of the nebula is the star’s hot core, called a white dwarf. M57 is about 2,000 light-years away in the constellation Lyra, and is best seen during August and September.

M57 is tilted toward Earth so that we see the ring face-on. Astronomers had so the chance to explore the structure of the nebula and were quite suprised how complex it is. The nebula consists of different shells containing different chemical composition. The deep blue color in the center represents helium, the light blue color of the inner ring is the glow of hydrogen and oxygen, and the reddish color of the outer ring is from nitrogen and sulfur.