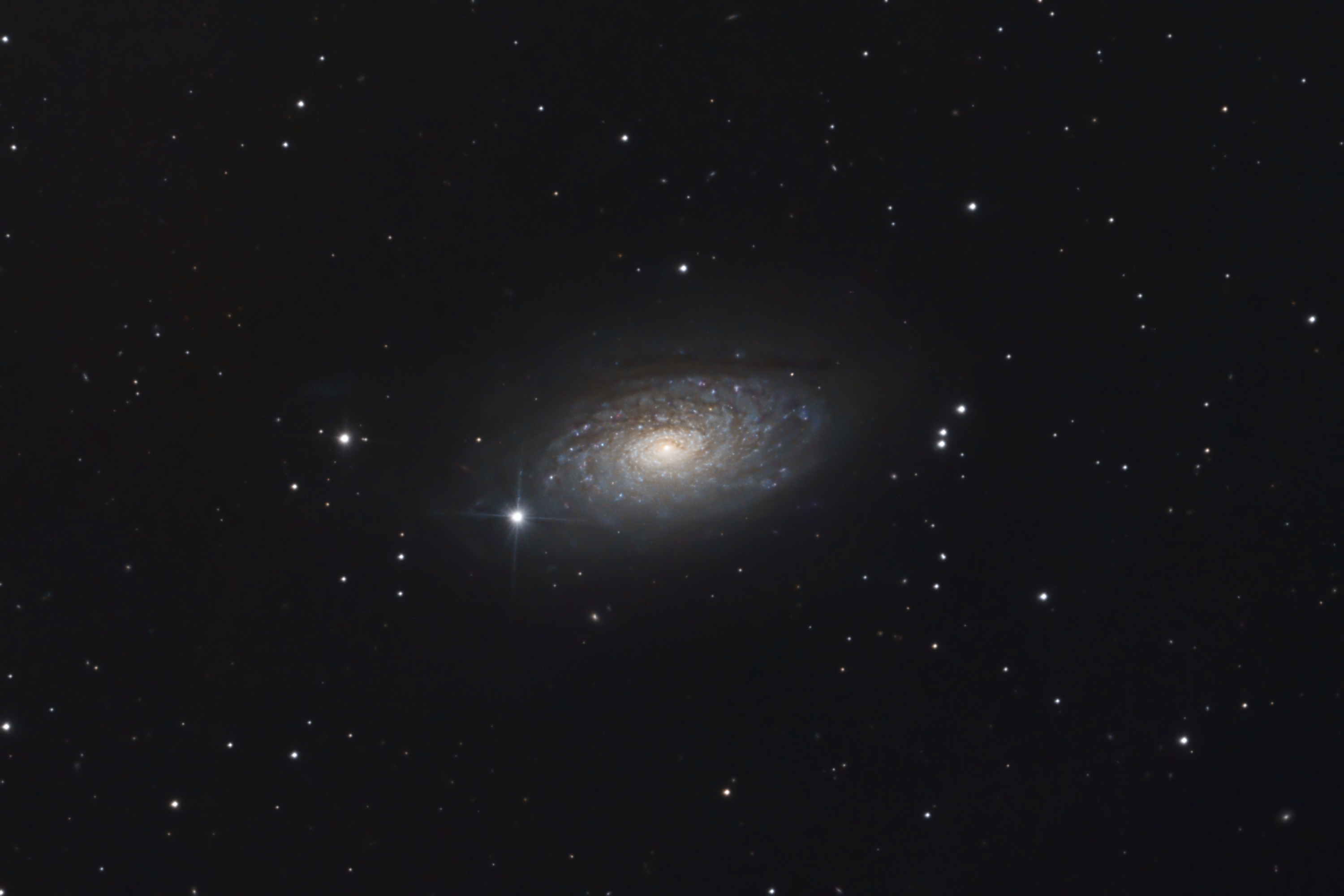 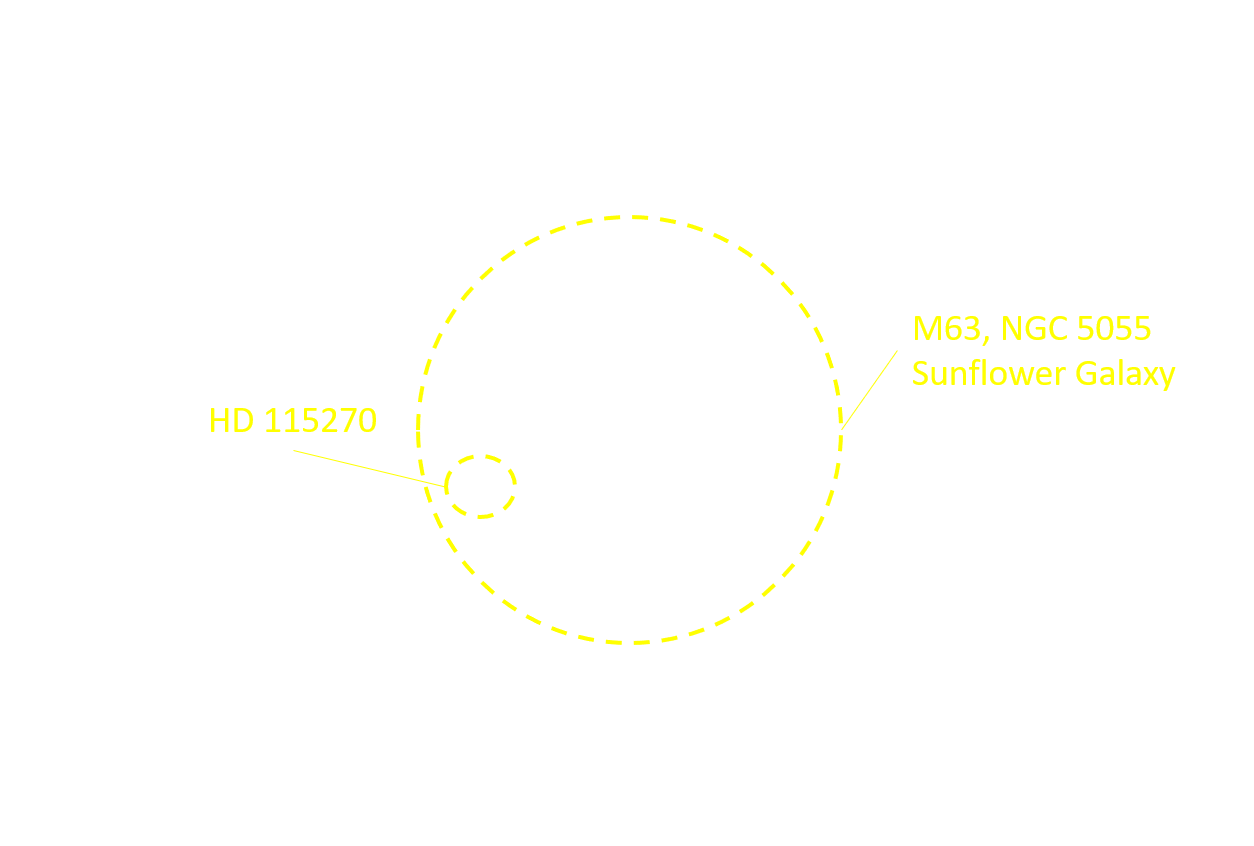 The Sunflower Galaxy, M63 or NGC5055, is a famous spiral galaxy located in the northern constellation Canes Venatici. M63 was named Sunflower after its appearance, with a bright yellow central disc and a number of short spiral arm segments dotted with starburst regions and dust lanes. The Sunflower Galaxy lies roughly 37 million light years from Earth and occupies an area of 12.6 by 7.2 arc minutes, which corresponds to a spatial diameter of 98,000 light years or roughly the same size as the Milky Way. M63 has a mass 140 billion times that of the Sun.