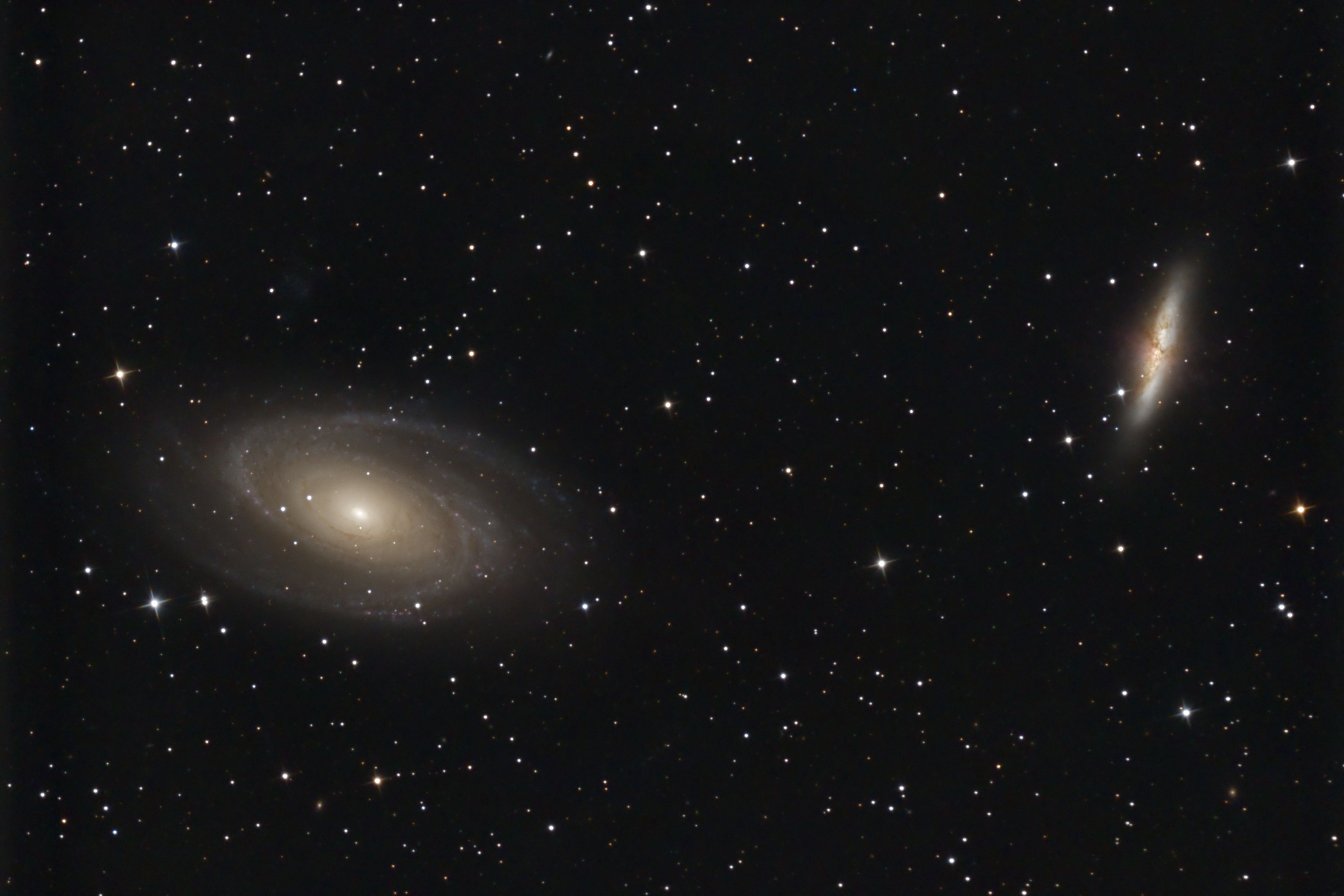 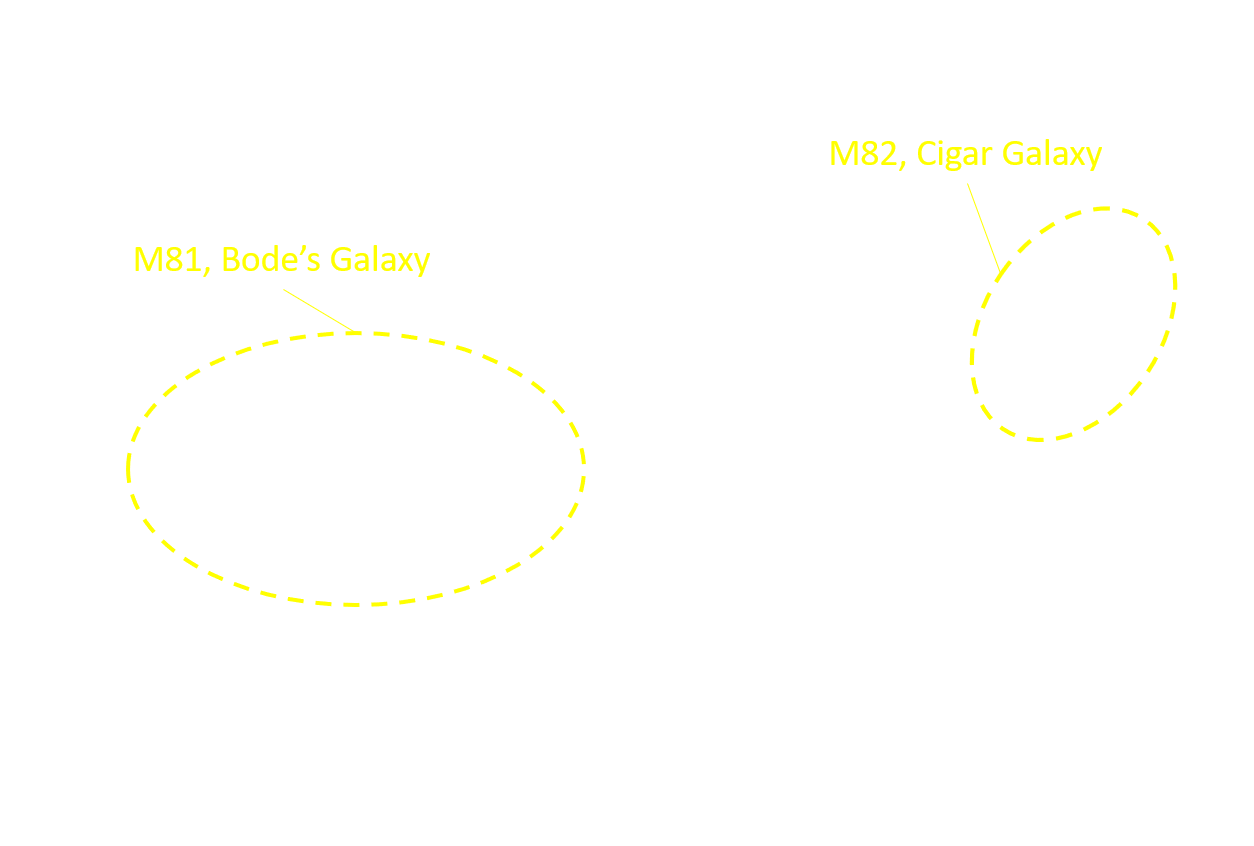 M82, also known as Cigar Galaxy, is a starburst galaxy located in the constellation Ursa Major. It is the closest starburst galaxy to Earth and serves as a prototype for this type of galaxy. The galaxy lies at a distance of 11.4 to 12.4 million light years from Earth and has a diameter of about 37,000 light years. Rich with dust, young stars and glowing gas, M82 is both unusually bright and relatively close to Earth. The Cigar Galaxy has a supermassive black hole at its core, one with a mass of about 30 million solar masses. 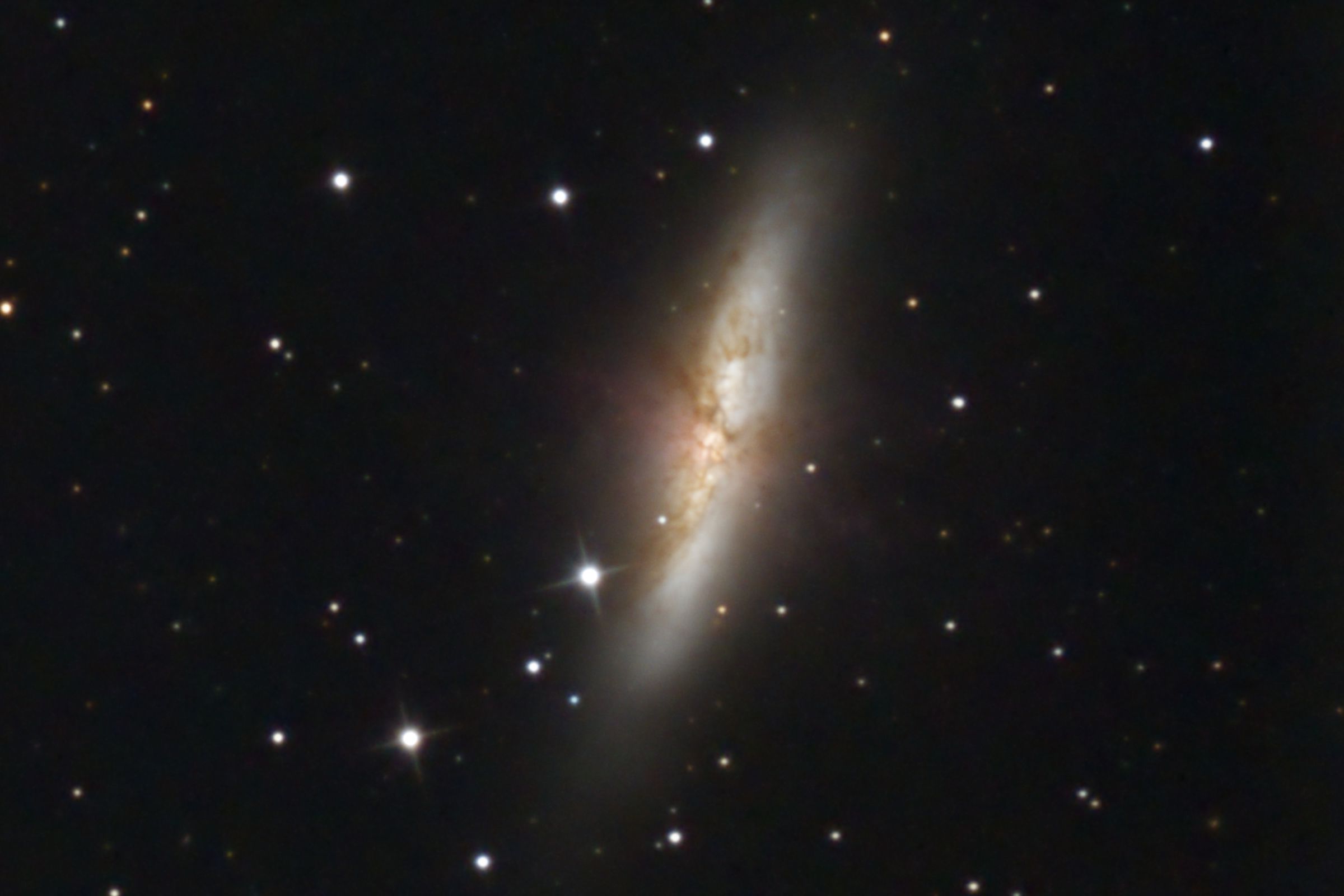 The Cigar Galaxy is strongly affected by the interaction with its larger neighbor M81 (Bode’s Galaxy), with tidal forces deforming the galaxy in a process that started some 100 or 200 million years ago. As a result of the encounter, star forming activity in M82 has increased tenfold compared to other galaxies. M81, also known as Bode's galaxy, is a large bright spiral galaxy located 11.8 million light-years away in the constellation of Ursa Major. This galaxy is a perfect example of a spiral galaxy and exhibits near perfect and well defined spiral arms. The visual separation between the two galaxies’ centres is approximately 130,000 light years. 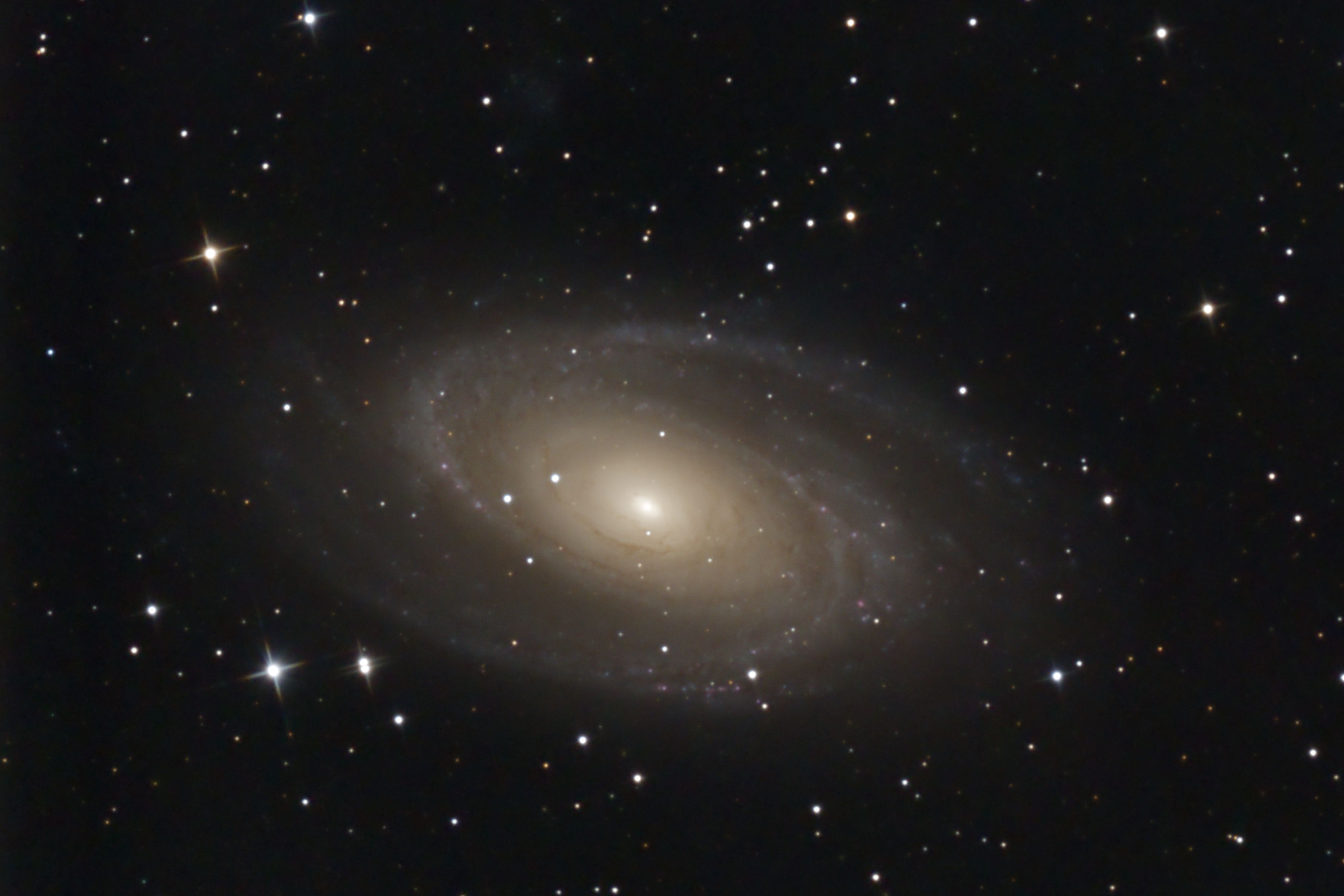 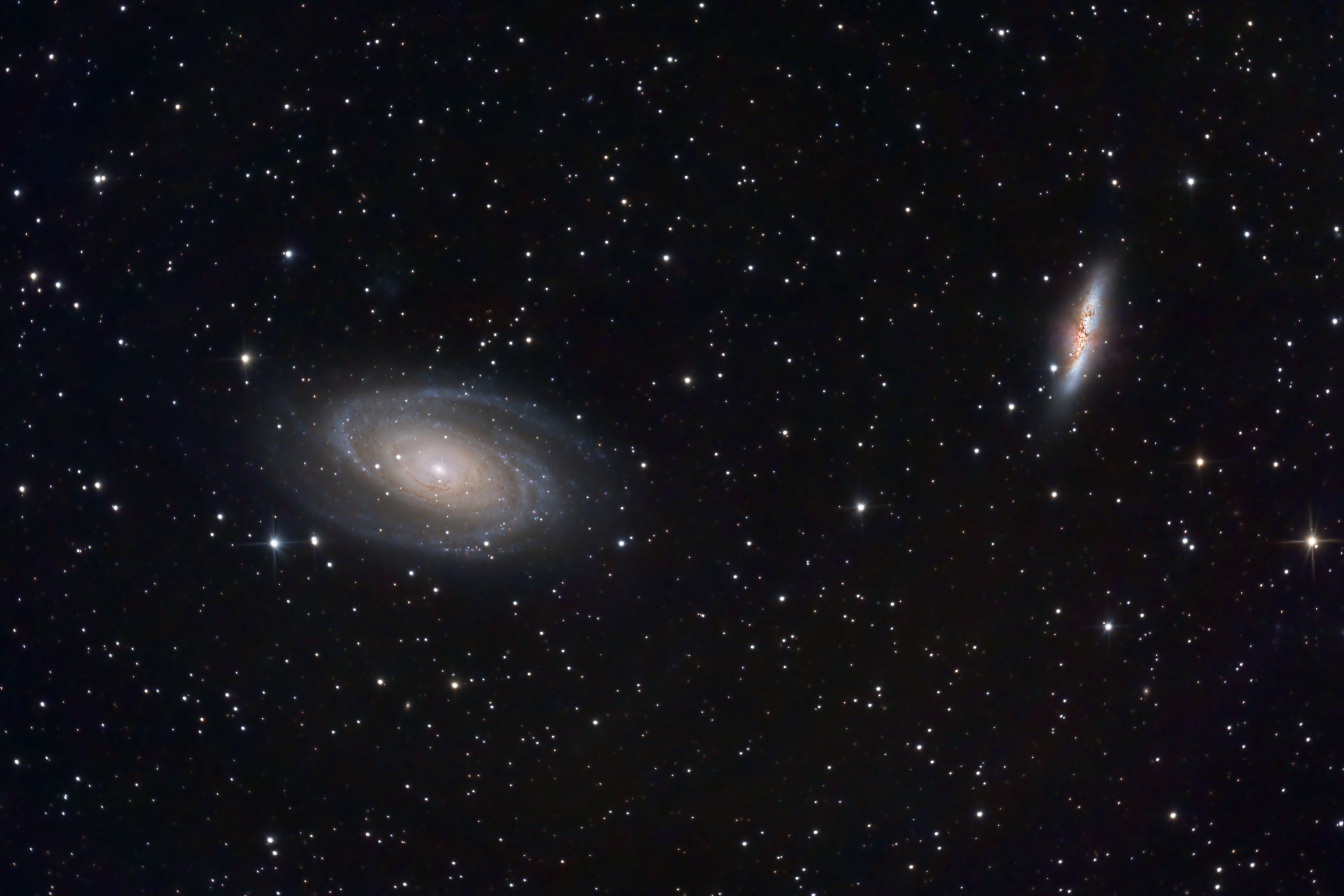