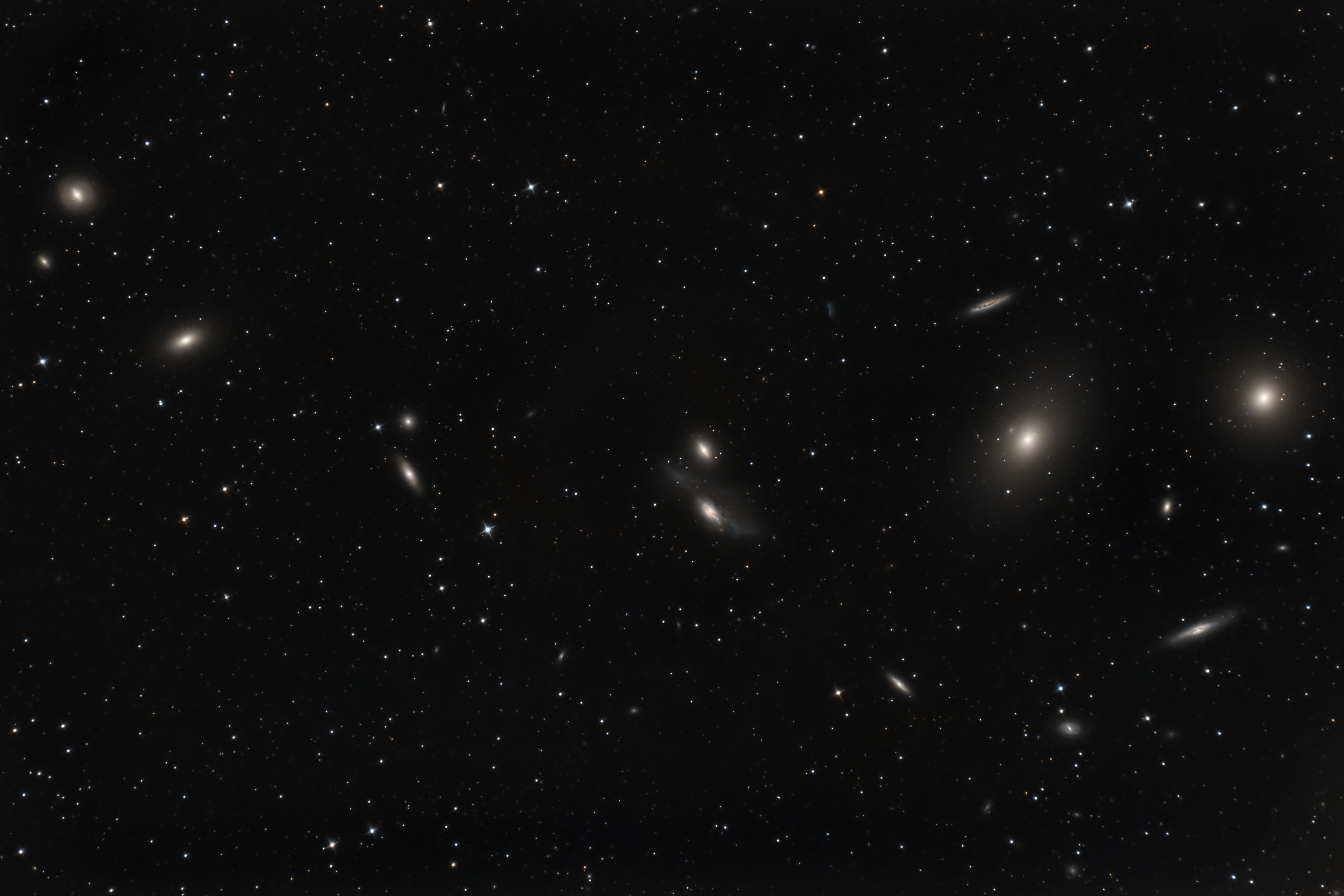 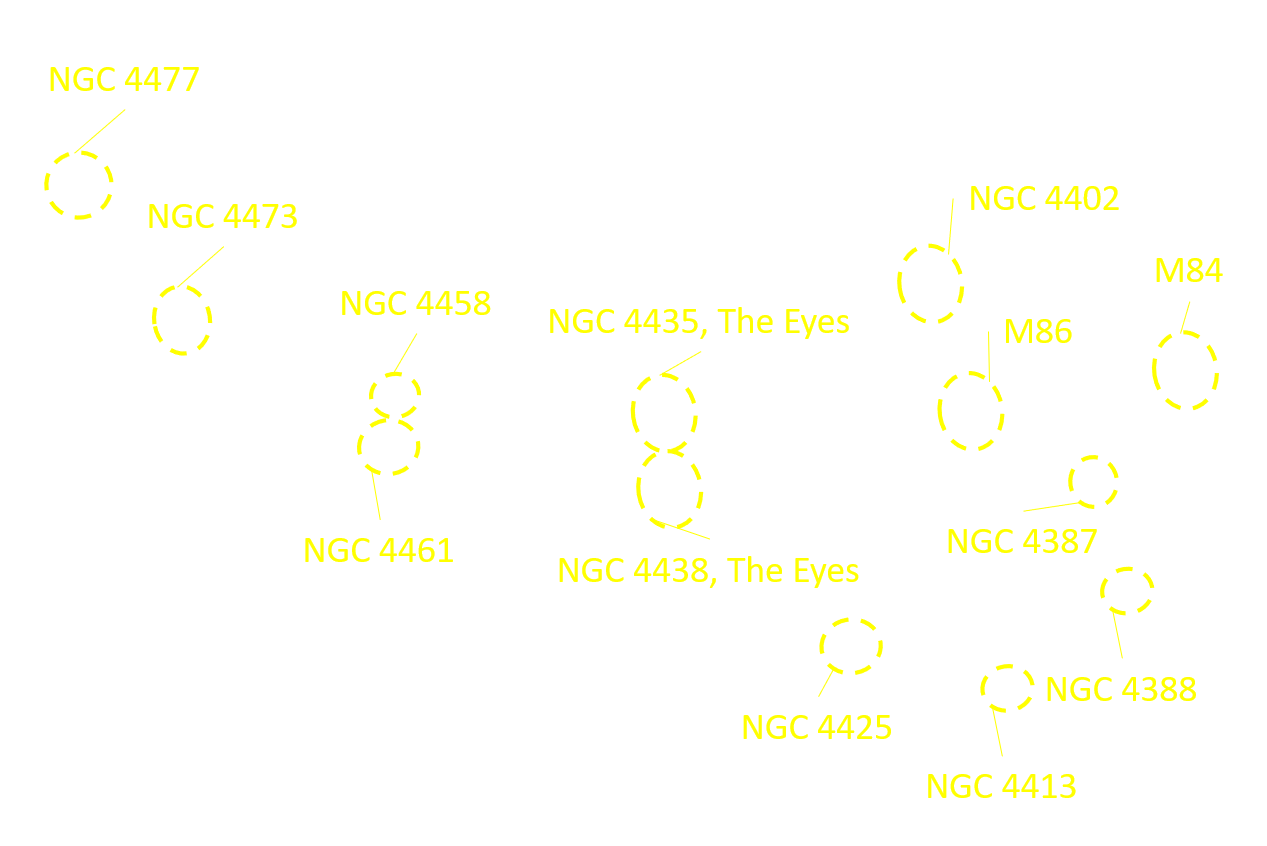 The Markarian's Chain is a string of galaxies in the Virgo Cluster, named after the Armenian astrophysicist Benjamin E. Markarian, who in the 1970s was the first to discover that the galaxies move coherently through space.

The first galaxies in Markarian’s Chain to be discovered were the bright and large galaxies M84 and M86, first catalogued by Charles Messier in 1781.

The galaxies NGC 4435 and NGC 4438 form a well-known interacting pair known as the Eyes Galaxies. The galaxies’ interaction brought the pair within 16,000 light years of each other in the past. Gravitational tides from the close encounter have ripped away at their stars, gas, and dust. Nowadays the two galaxies appear to be about 100,000 light-years apart.

Many of the brighter galaxies in the Virgo Cluster were discovered in the late 1770s and early 1780s and subsequently included in Charles Messier's catalogue of non-cometary fuzzy objects. Messier described the objects as nebulae without stars. It took another 150 years until the true nature of these objects was recognized. Among the fifteen Messier objects in the Virgo Cluster are the bright elliptical galaxy M49, the galaxy M88 or the two members M84 and M86 of the Markarian’s Chain. However the most famous member is the elliptical galaxy M87, which is located in the center of the cluster.

"The galaxies NGC 4435 und 4438 were nicknamed the Eyes because they look like a pair of eyes in small telescopes."