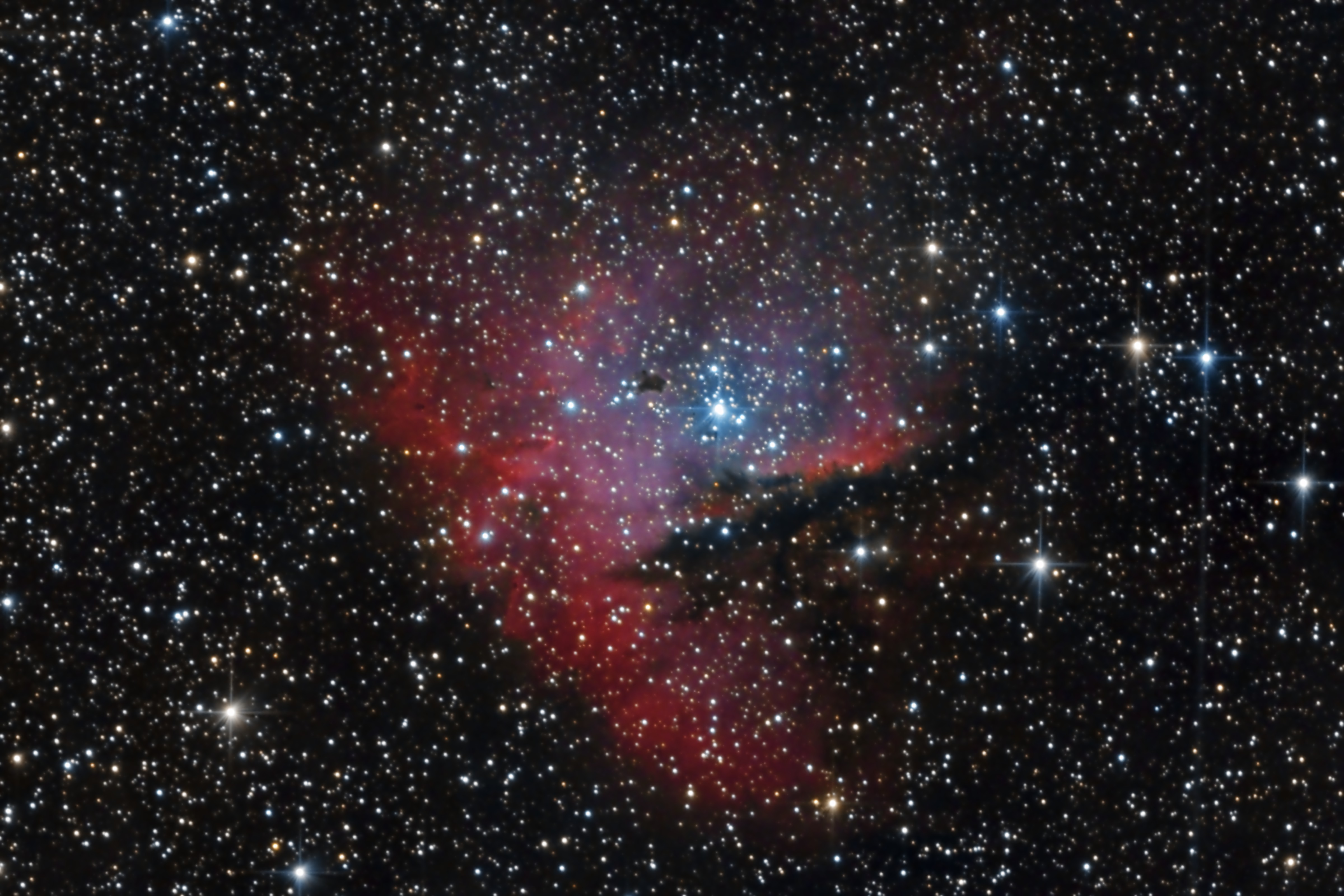 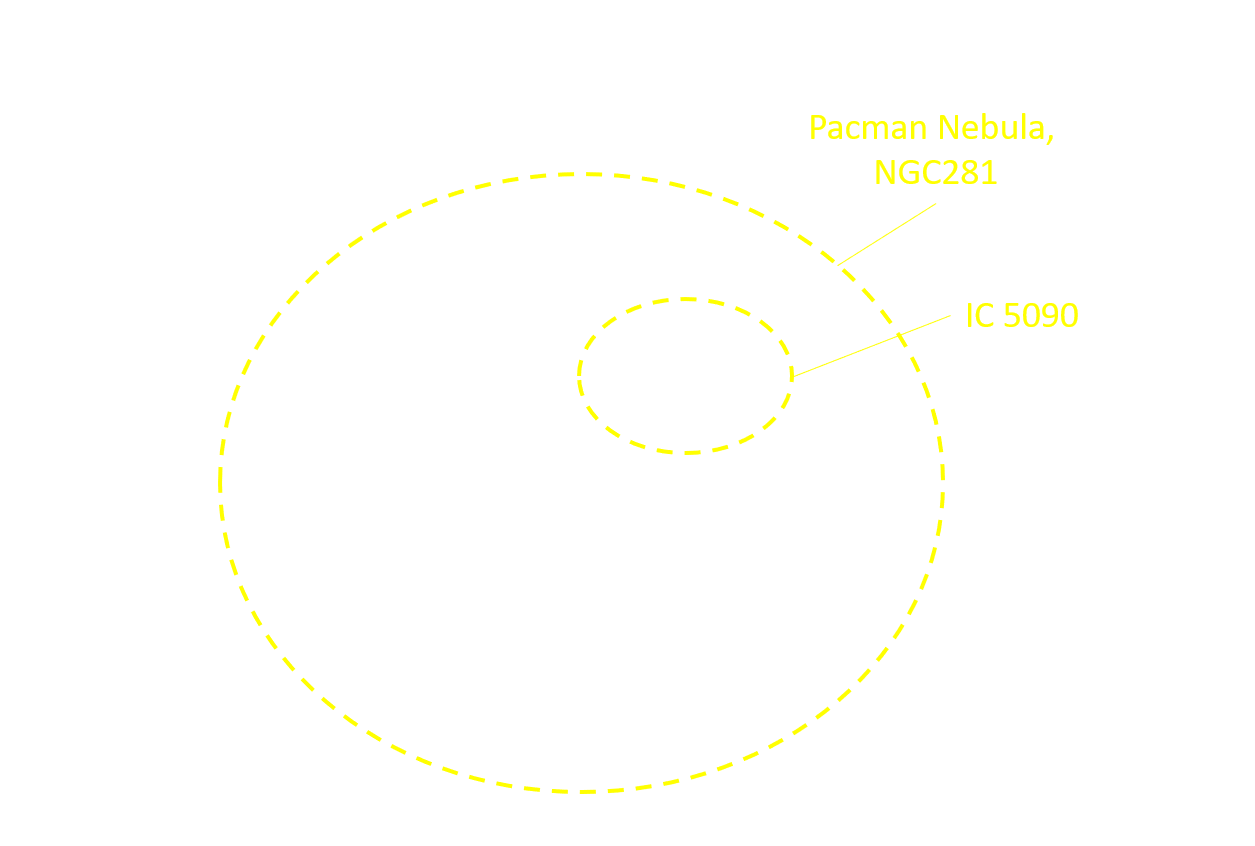 NGC 281 is an HII emission nebula in Cassiopeia also known as the Pacman Nebula due to its resemblance to the video game character. The central star cluster is IC 1590 which is an OB association* of hot, young blue supergiant stars. The brightest stars are part of a 5-star system. Fierce stellar winds from these stars are sculpting numerous elephant trunk projections along the periphery of the visible nebula, analogous to the pillars of creation in the Eagle Nebula. The trunks all point toward the central star cluster. Numerous Bok** globules are seen in silhouette against the nebula as well as a large dust cloud, also eroded by stellar winds, that represents the Pacman's mouth. The nebula lies 10,000 light-years from Earth.

*Young associations will contain 10–100 massive stars of spectral class O and B, and are known as OB associations. These are believed to form within the same small volume inside a giant molecular cloud. Once the surrounding dust and gas is blown away, the remaining stars become unbound and begin to drift apart.