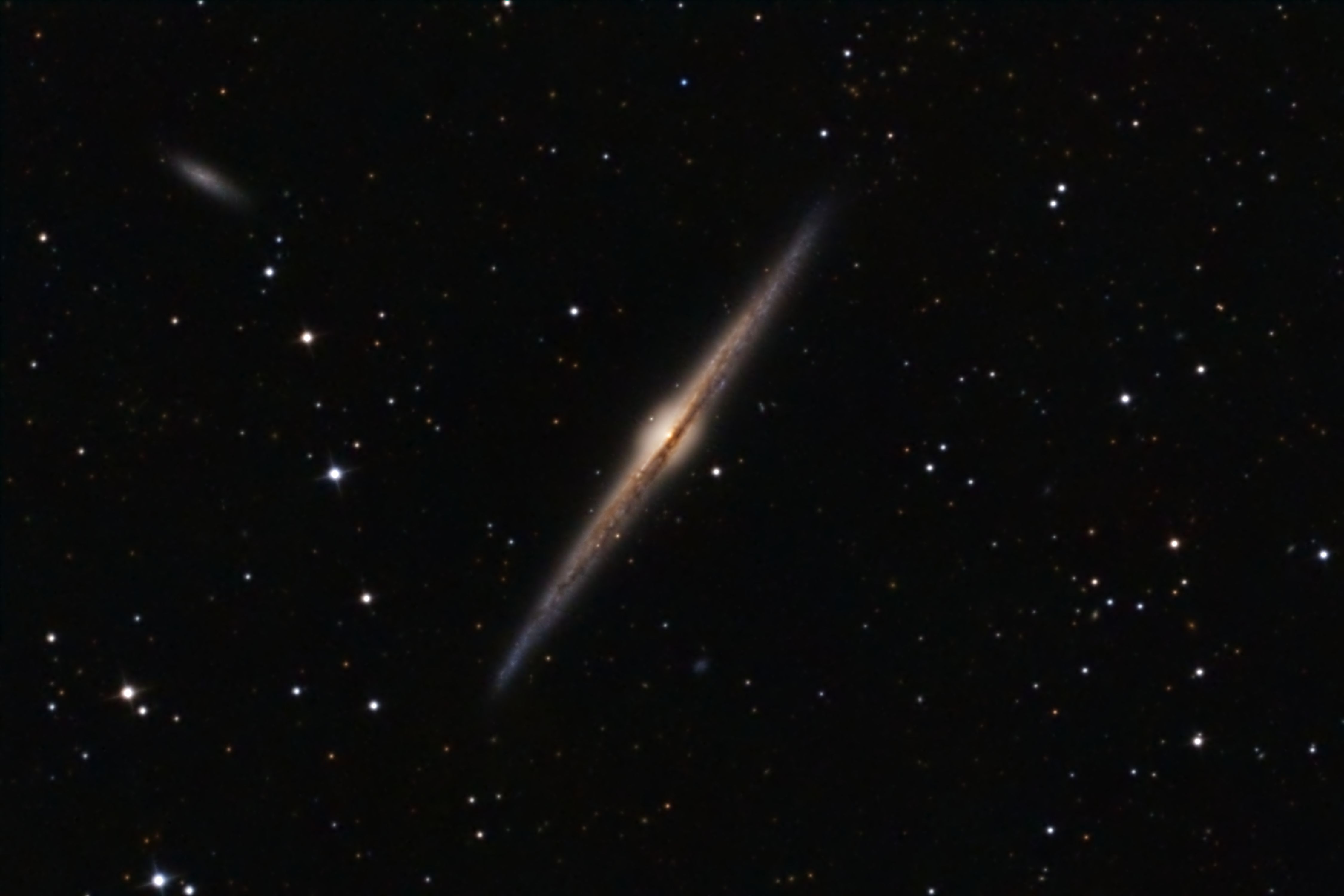 NGC 4565, also known as the Needle Galaxy, is one of the finest and brightest example of an edge-on spiral galaxy in the sky. The galaxy is located in the constellation of Coma Berenices and was discovered by William Herschel on April 6, 1785. It is best seen from northern locations during the months of March, April and May.

This spiral galaxy is physically large and similar in size to the Andromeda Galaxy (M31), that means it is about a third larger than the Milky Way. At a distance of only about 40 million light-years, NGC 4565 is relatively close by, and being seen edge-on makes it a particularly useful object for comparative studies.

"Nicknamed as the Needle Galaxy because it appears as a very narrow streak of light on the sky."