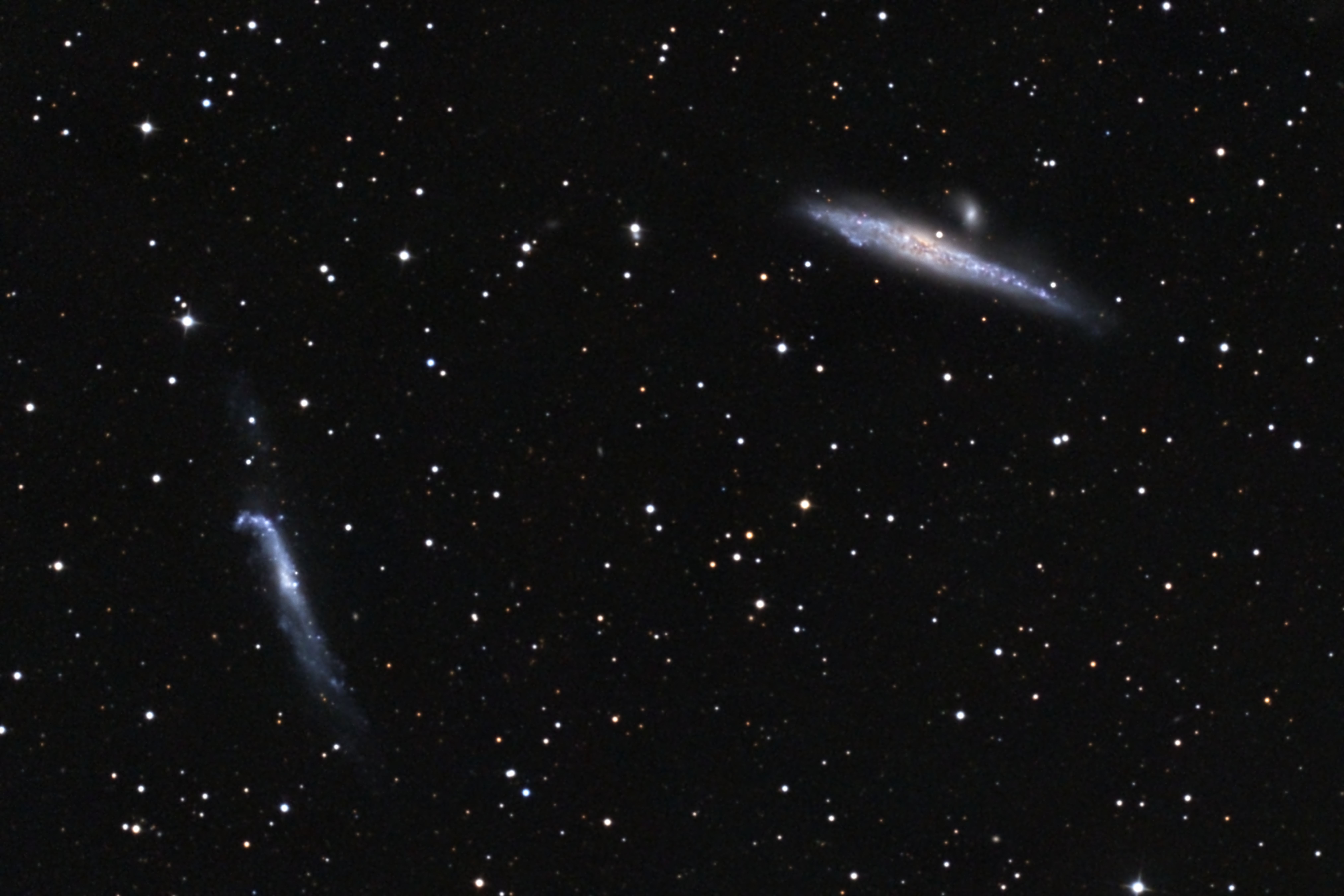 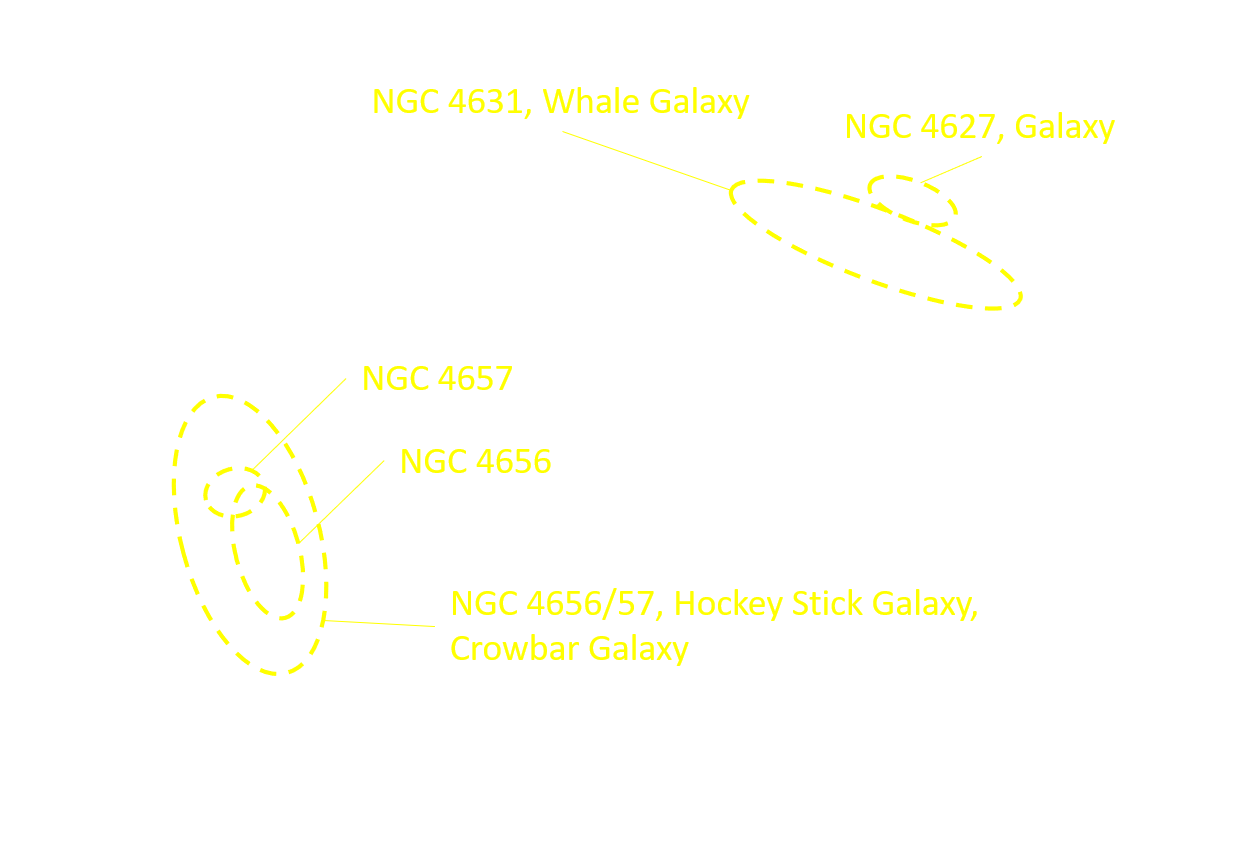 NGC 4631 is a big beautiful spiral galaxy. Seen edge-on, it lies only 25 million light-years away in the northern constellation Canes Venatici. The galaxy's slightly distorted wedge shape suggests to some a cosmic herring and to others its popular nickname, The Whale Galaxy. Either way, it is similar in size to our own Milky Way.

A companion galaxy, the small elliptical NGC 4627, is just above the Whale Galaxy. Off the lower edge of the picture lies another distorted galaxy, NGC 4656, also called The Hockey Stick Galaxy. The galaxy has been significantly distorted through interaction with its large neighbor NGC 4631. A particulary bright knot in the blade of the hockey stick has been assigned the seperate NGC number NGC 4657. Beyond this knot, the galaxy curves up giving it the characteristic shape.

"Result of a gravitational interaction."