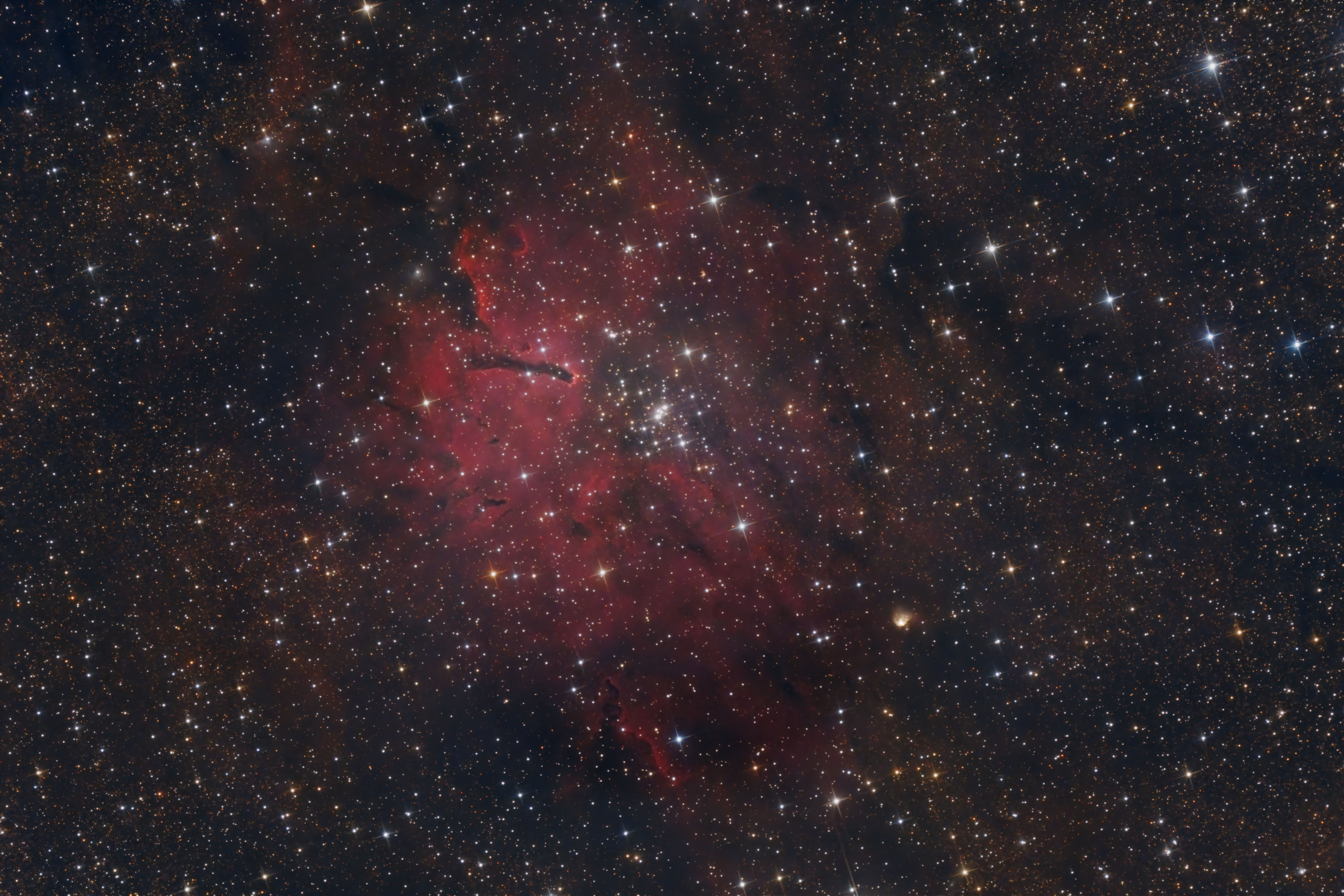 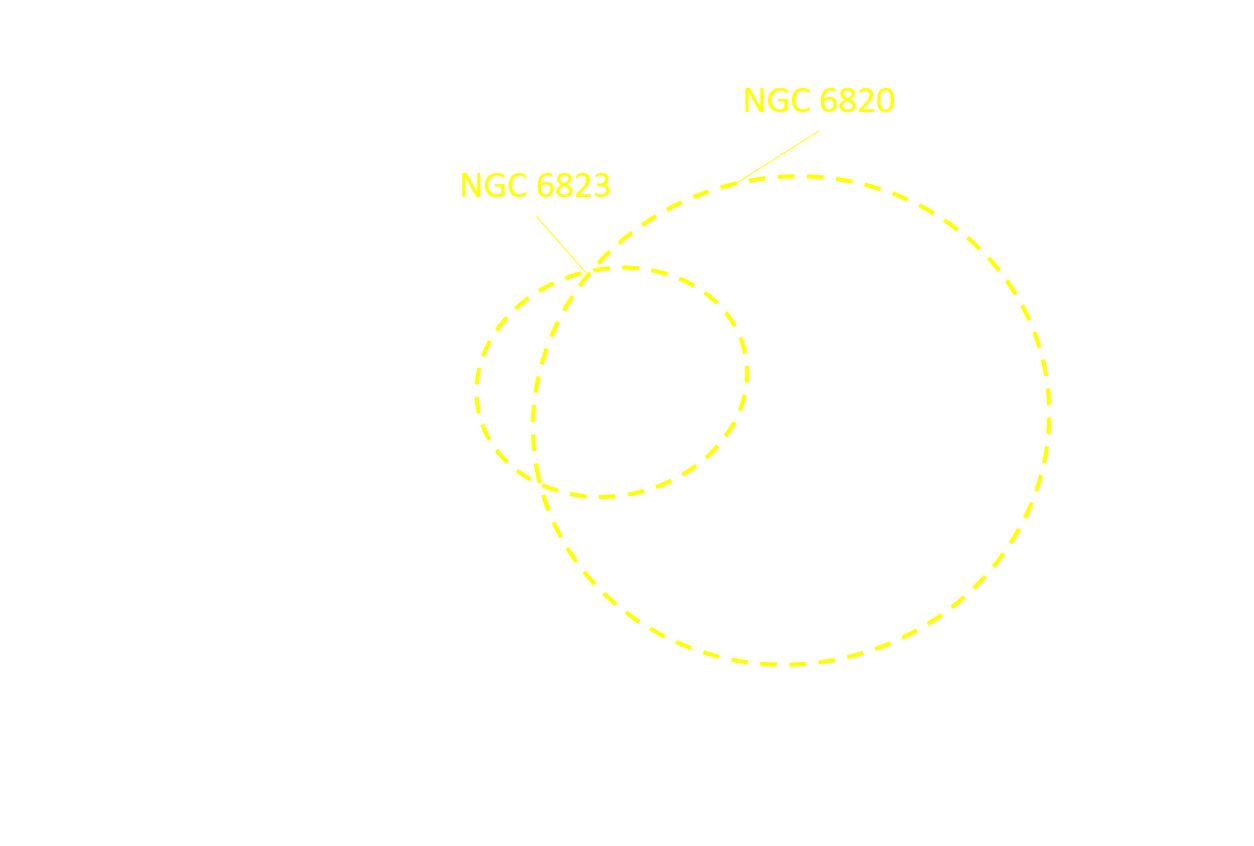 The center of the open cluster is about two million years old and is predominantly represented by many young, bright blue stars. The most striking feature is the trunk-like pillars of dust and gas in the outer parts of the cluster. They are probably formed when surrounding gas and dust is pushed and eroded away by radiation from nearby stars. Remarkable dark globules of gas and dust are also visible in the nebula, much as is seen in the better known Eagle Nebula in Serpens.