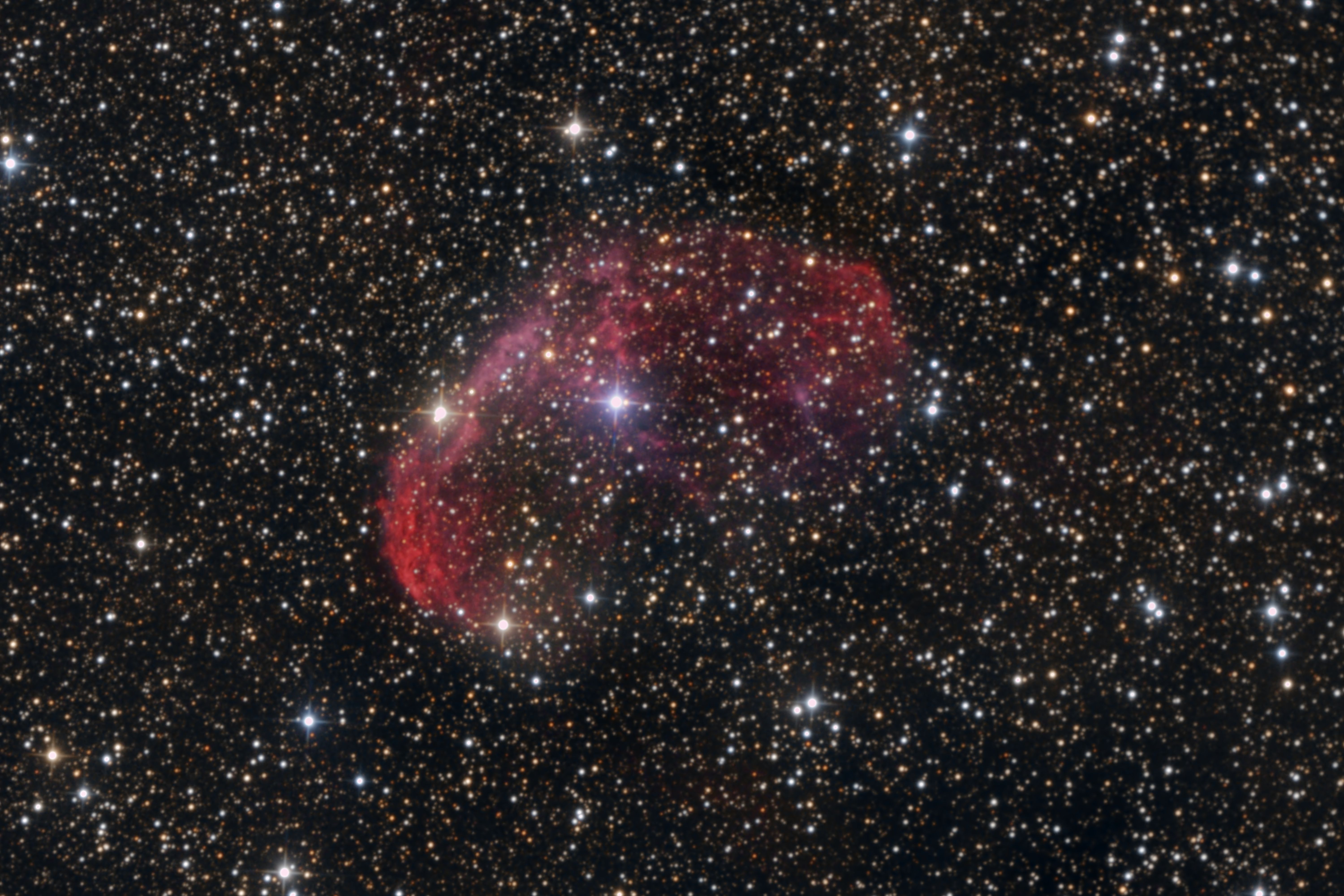 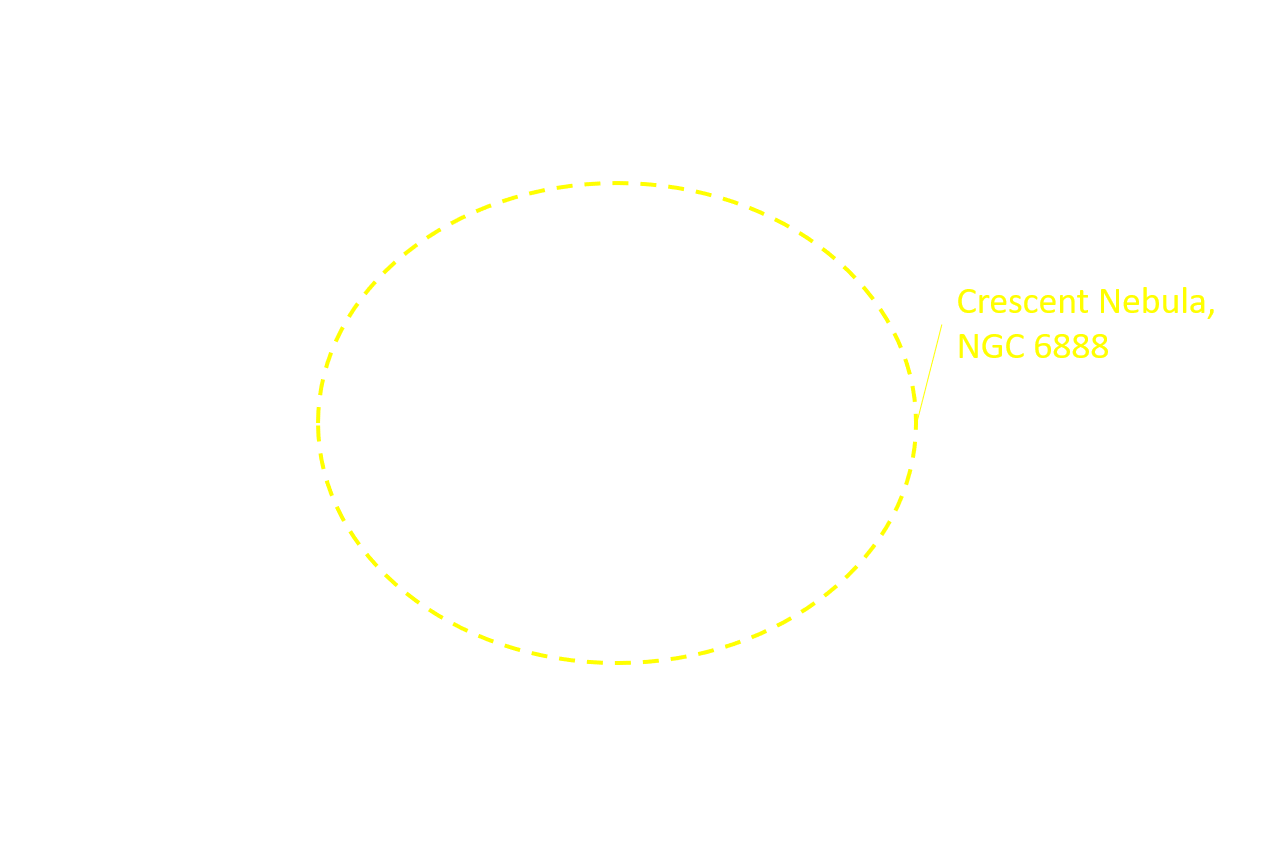 The Crescent Nebula, NGC 6888, is an emission nebula in the constellation Cygnus, about 5000 light-years away from Earth. The nebula has a spatial diameter of 26 light-years and appears as an arc or bubble of gas. The centre star is classified as a Wolf-Rayet star (WR 136).

Stars become a Wolf-Rayet star when they`ve used up all or nearly all of their hydrogen and converted it to helium. After coverting helium, it starts to create Lithium, and so on forth up the Periodic Table till it gets to 26, Iron when it can therefore not process any more and explode. A Wolf-Rayet star`s life could be over in a matter of millions of years which might seem quite a long time but compare it to the Earth which has about a 10 billion year lifetime for which we are roughly mid-way through ("live fast, die hard").

According to recent estimations, WR 136 is 250,000 times brighter than the Sun, 15 times more massive and 3.3 times larger. Its surface temperature is around 70,000 kelvins. WR 136 blew off a shell of material when it became a red supergiant around 120,000-240,000 years ago. Currently, its fast stellar wind, ejected from the star at around 1,700 km/s, is catching up to the material previously ejected from the star and shaping it into a shell. The central star is nearing the end of its stellar life, which probably will ultimately result in a spectacular supernova explosion. 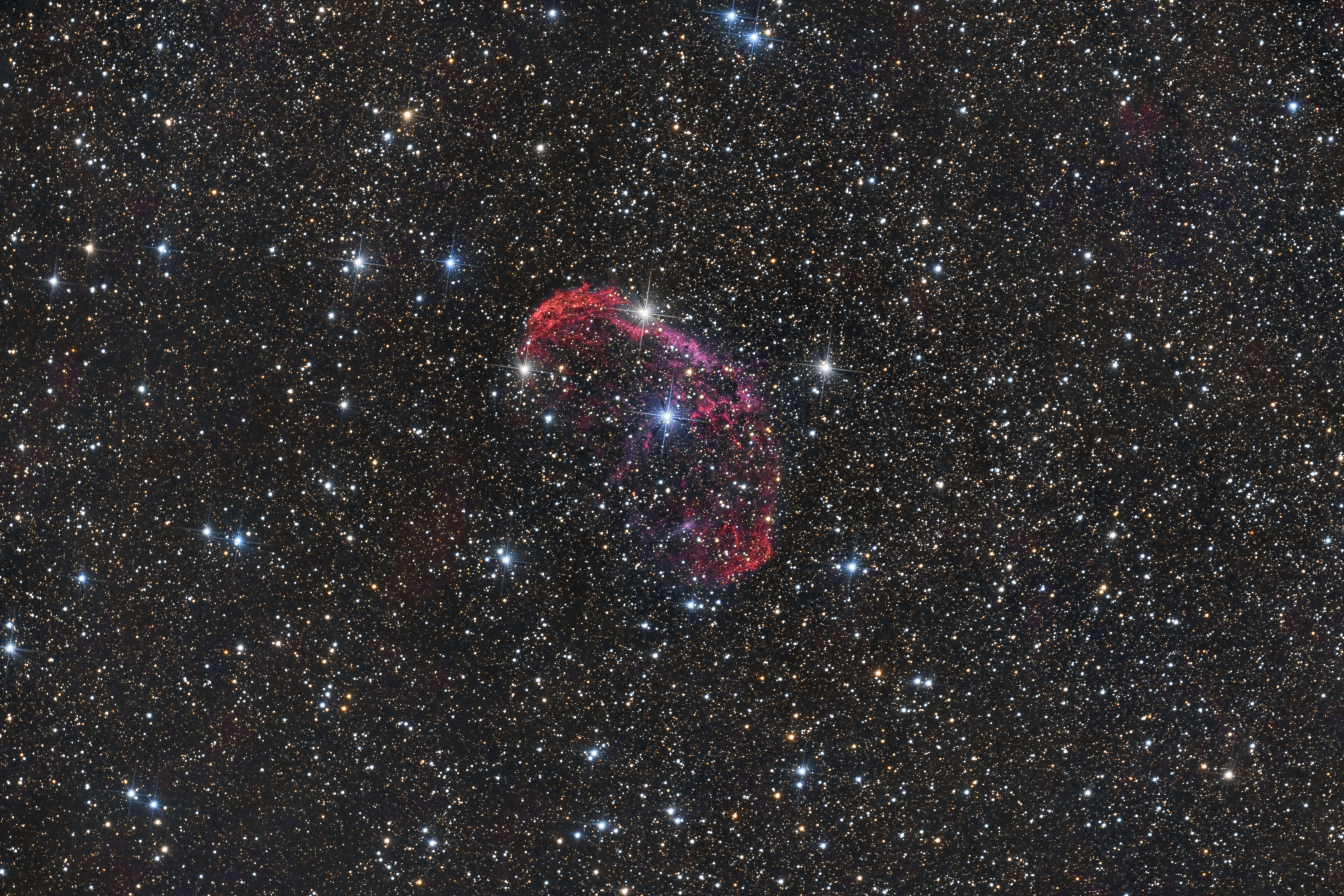