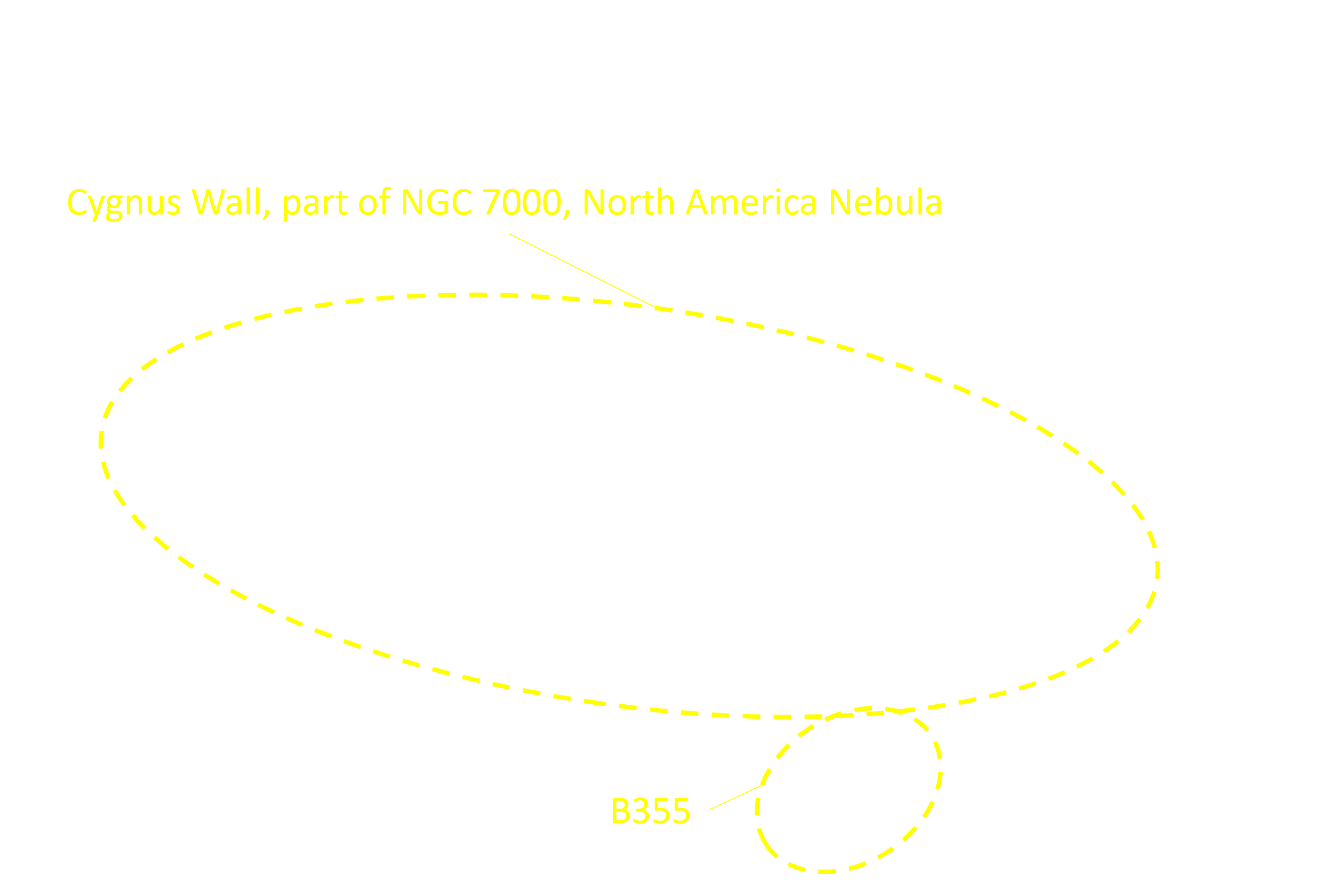 The lower half of the image - resembling Mexico and Central America - is known as the Cygnus Wall. This region exhibits the most concentrated star formation. Above right resembles the Gulf of Mexico.