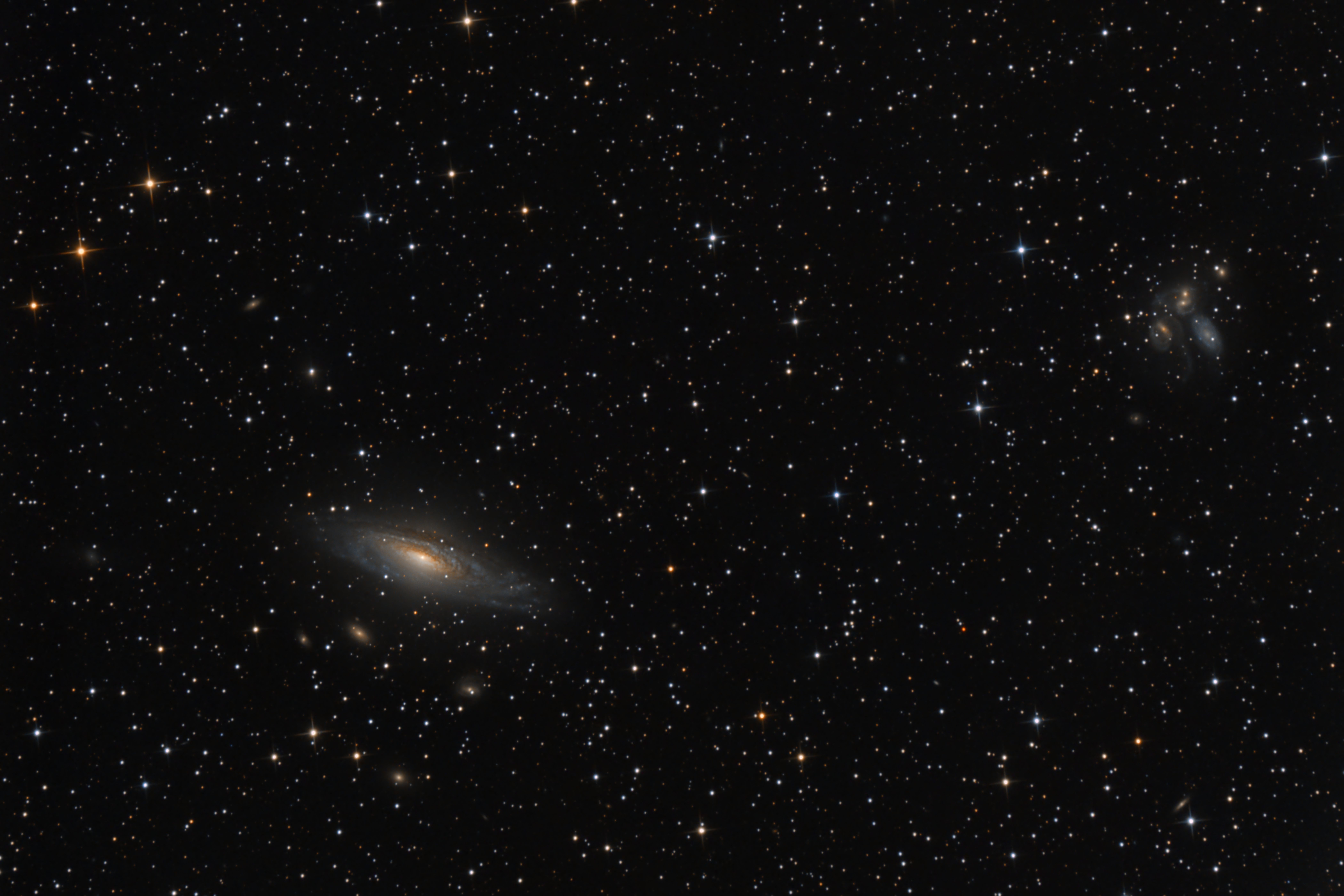 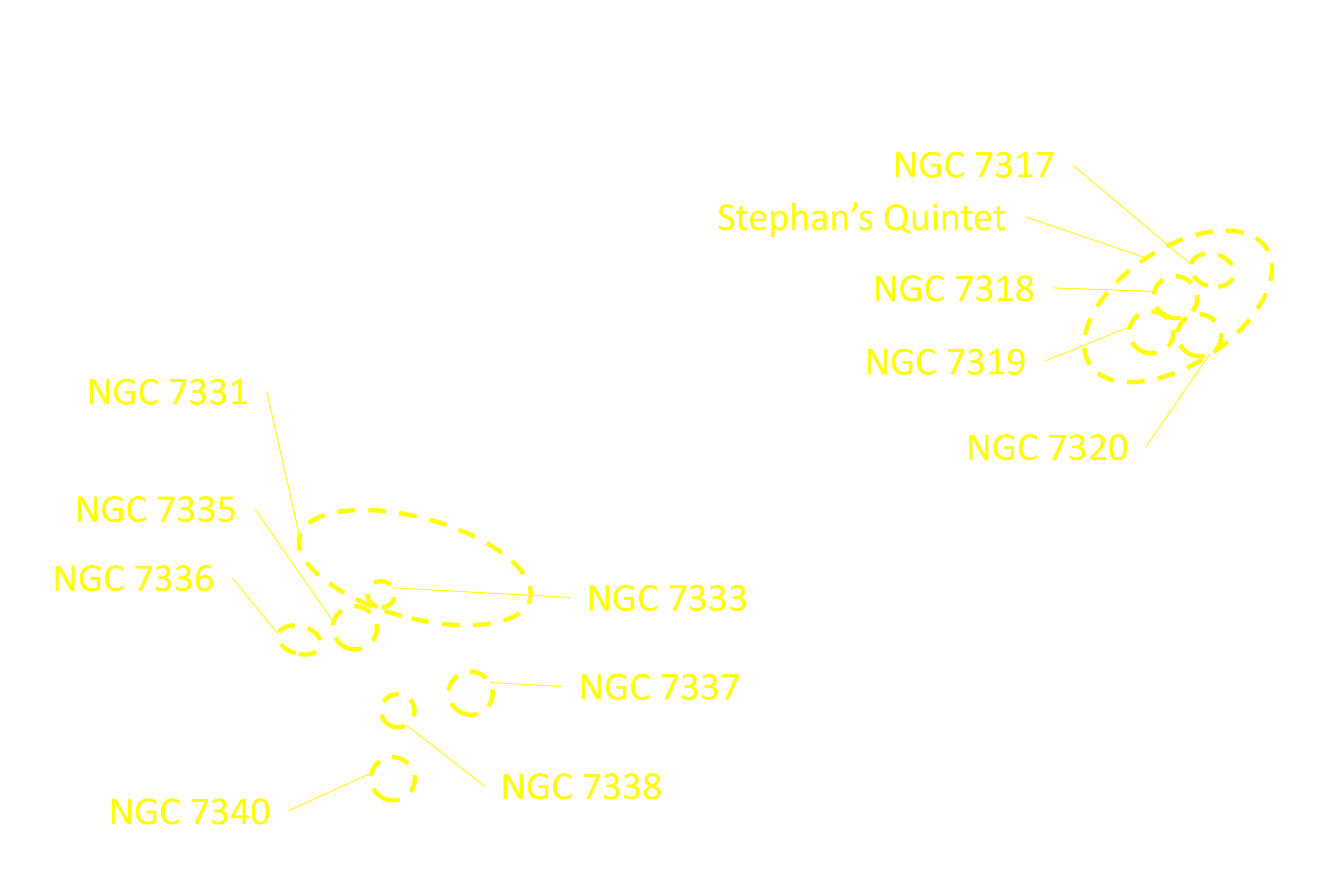 Big, beautiful spiral galaxy NGC 7331 is often touted as an analog to our own Milky Way. About 50 million light-years distant in the northern constellation Pegasus, NGC 7331 was recognized early on as a spiral nebula and is actually one of the brighter galaxies not included in Charles Messier's famous 18th century catalog. Since the galaxy's disk is inclined to our line-of-sight, long telescopic exposures often result in an image that evokes a strong sense of depth. The galaxy's magnificent spiral arms feature dark obscuring dust lanes, bright bluish clusters of massive young stars, and the telltale reddish glow of active star forming regions. The bright yellowish central regions harbor populations of older, cooler stars. Like the Milky Way, a supermassive black hole lies at the core of spiral galaxy NGC 7331 (Text by NASA Science).

Stephan’s Quintet, as the name implies, is a group of five galaxies. The name, however, is a bit of a misnomer. Studies have shown that group member NGC 7320, at lower right, is actually a foreground galaxy about seven times closer to Earth than the rest of the group. Three of the galaxies have distorted shapes, elongated spiral arms, and long, gaseous tidal tails containing myriad star clusters, proof of their close encounters. These interactions have sparked a frenzy of star birth in the central pair of galaxies. This drama is being played out against a rich backdrop of faraway galaxies. Spied by Edouard M. Stephan in 1877, Stephan’s Quintet is the first compact group ever discovered (Text by NASA).